Ebenezer Hall and his Portrait by Joseph Bentley R.B.A.

Dore Village Society’s Heritage Collection has recently had a most unexpected donation. Mrs Jackie Hall of Goathland near Whitby has donated to the Collection a three-quarter size portrait of Ebenezer Hall which used to hang in the hall of Abbeydale Hall – the home of Ebenezer Hall until his death in 1911. Mrs Hall’s husband was the great-nephew of Ebenezer and Jackie wished that the portrait returned to Dore.

On the reverse the label reads:

As a token of their Appreciation the village of Dore and Totley and surrounding districts decided to make a suitable recognition of their Benefactor’s Kindness. A Committee was formed and in a short time funds were provided by the inhabitants sufficient to commission

Taken from the Thesis ‘Studies in Local History’ by Joan Lacey- Hatton. 1974.

No less fascinating is the story of Joseph Herbert Bentley. As a member of the Royal Society of British Artists which has included many eminent artists, Joseph Bentley was a skilled artist, yet just after he painted Ebenezer’s portrait he is described in the 1898-9 White’s Sheffield Directory as a Photographer of Prideaux Chambers, Change Alley.

In the 1901 Census Joseph is described as a boarder living at Swing Farm with the Frith Family. Swing Farm is now demolished but was on the first bend on Savage Lane, next to Nab Farm. Born in Lincoln he was aged 34 and single. Joseph was described as an Artist, Portrait Painter and Sculptor, working on his own account and occupying two rooms on the farm.

Unless a Dore resident can say differently, that Joseph was lodging with William Frith may well have been because William Frith was not only a Farmer but was described as a Quarry Owner and Stone Dresser – a useful landlord for a Sculptor.

By 1909, according to White’s Directory, Joseph Bentley’s fortunes seem to have improved still further and he is described as an Artist with a shop at 37-39 Foster’s Buildings, High Street, Sheffield, and living at 360 Sharrow Lane. 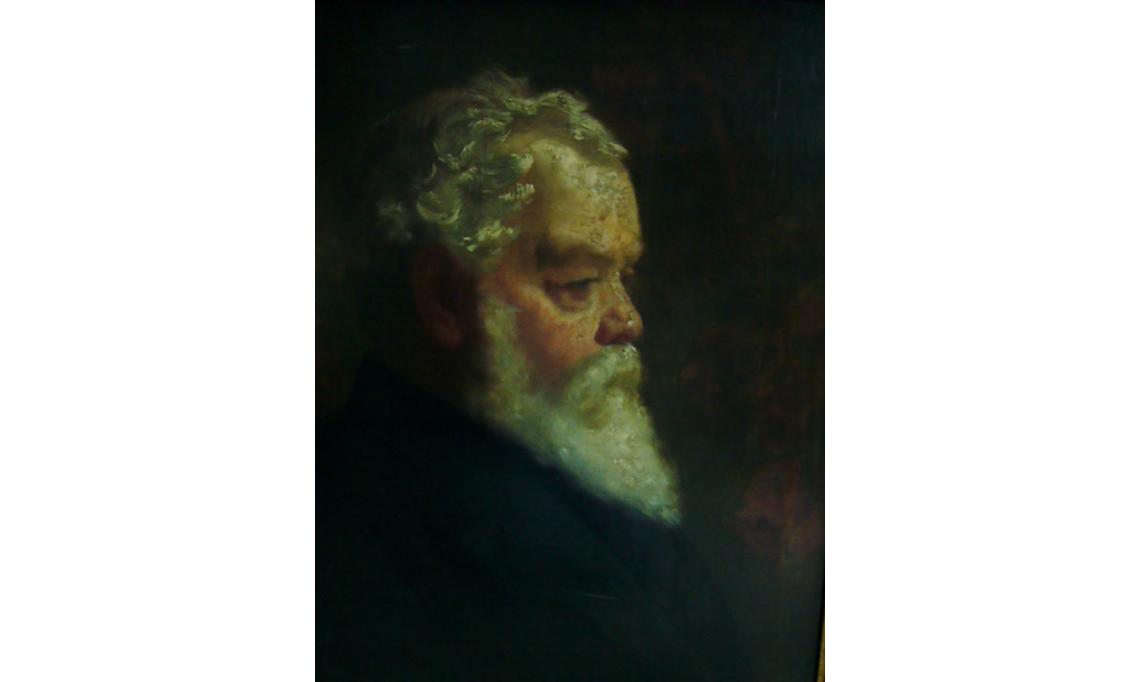