David Heslop is a well-known face in Dore, being a long-established resident and former Chairman of Dore Village Society. He is also chairman of the Dore Male Voice Choir and a former Lord Mayor of Sheffield.

We asked David to tell us how he started drawing, and this is what he said:

'It was a chance and risky remark made one day, when I commented on some drawings of scenes in Oxford, and said "I could do as well as that". How foolish! I was challenged and a drawing of The High, Oxford still hangs on a friends' wall'.

That was many years ago; since then, with absolutely no formal training, he has done pen and ink drawings of buildings and landscapes, just when the mood takes. Perhaps, drawing plans of buildings and structures as part of his work helped with techniques.

With a life too busy with other things, it is only within the past ten years that more drawings of local scenes have appeared. In that time he has done many drawings of local scenes, some of which have appeared in "Dore to Dore". He has illustrated a number of books; two children’s books and a book on Sheffield Town Hall. He has done illustrations of properties for the National Trust magazine, for Dore Village Society and did the illustrations for "The A to W of Dore", Dore Old School and "On Your Dorestep", as well as the illustrations on tea towels and aprons for the Society, and Christmas cards.

At present he is preparing drawings for a book of sketches of the village, but with over 150 to do, it is taking some time.

'The lesson is think twice before making boastful remarks'. 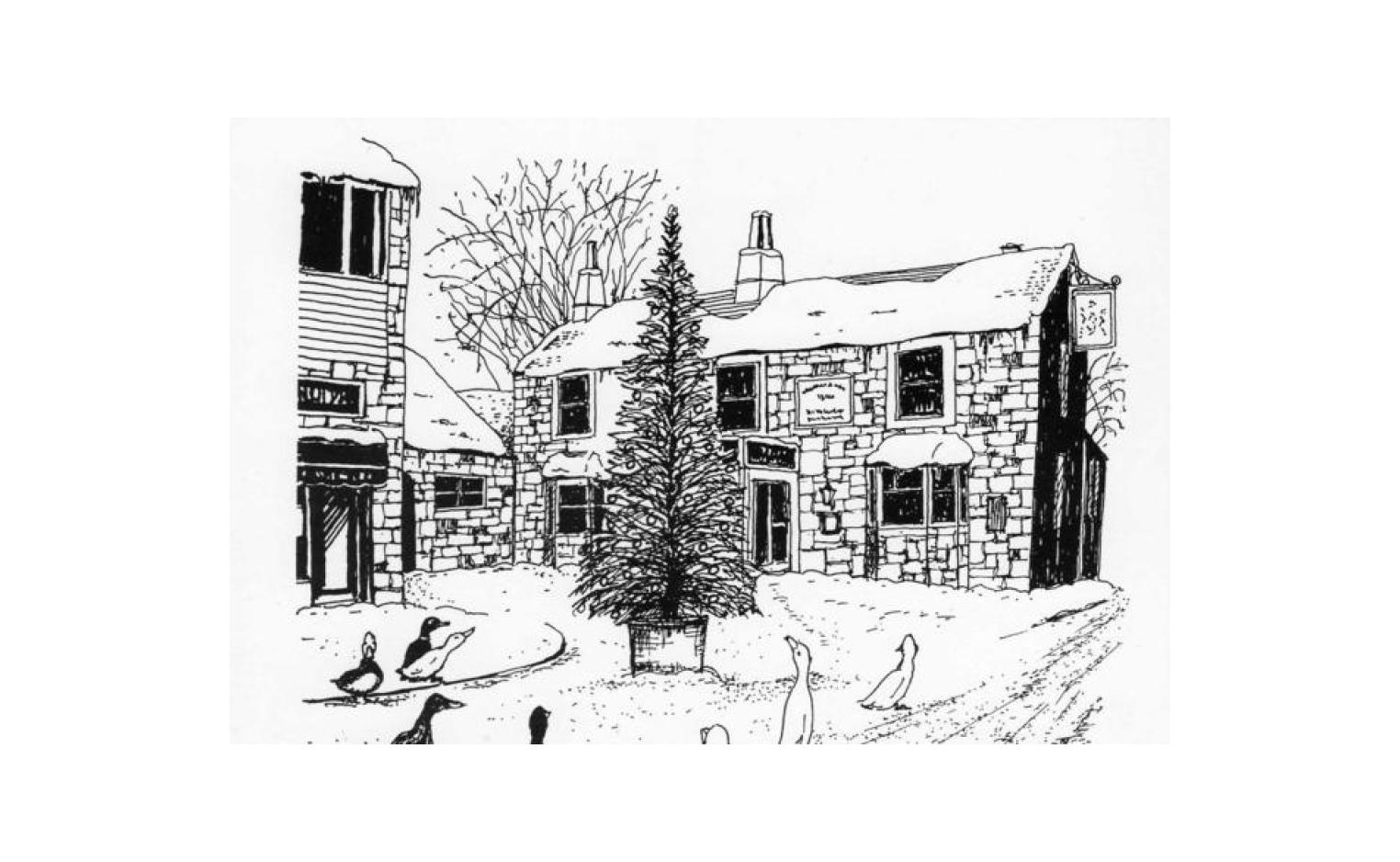 Outside the Devonshire Arms on Dore High Street. Illustrations by David Heslop. Card kindly lent to the Dore Village Society by Bob Clark.