In the early 1960s Dore Football Club were playing in both the South Yorkshire Amateur League (Division 2) and the Hope Valley Amateur Football League. (They had both an A team and a B team). Although the club was by this time in decline, this card records an impressive list of officials and a long list of life members and vice-presidents.

During this season T.G. Wilson was president, J. Priest was chairman and B. Boulton was vice chairman. The rest of the committee consisted of 7 members, J.P. Bustin was honorary secretary and J. Proctor was the club trainer.

There were 3 life members of the club, R.G. Atkinson, J.E. Priest and T.G. Wilson and a total of 38 vice presidents including a doctor and a colonel, reflecting the support the club had received during its glory years.

The list of fixtures indicates that the club had a very full programme.

Besides league fixtures the club also played for the Dore Shield, the Roden Cup and the Lawrence Cup during their 1964-65 season. 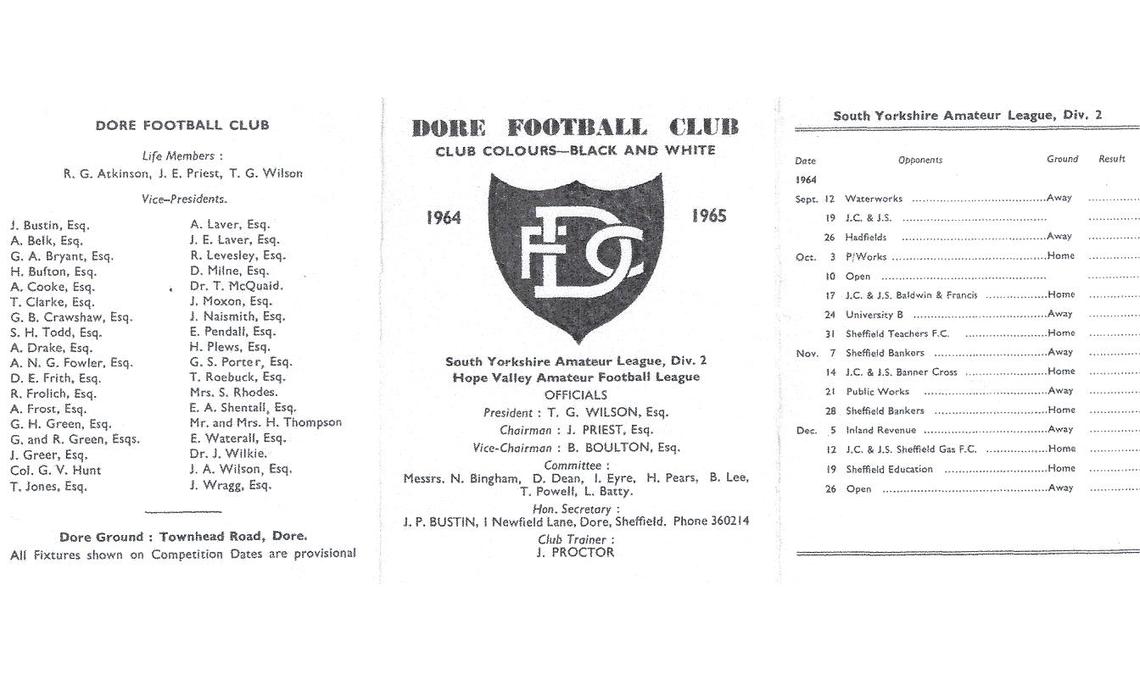 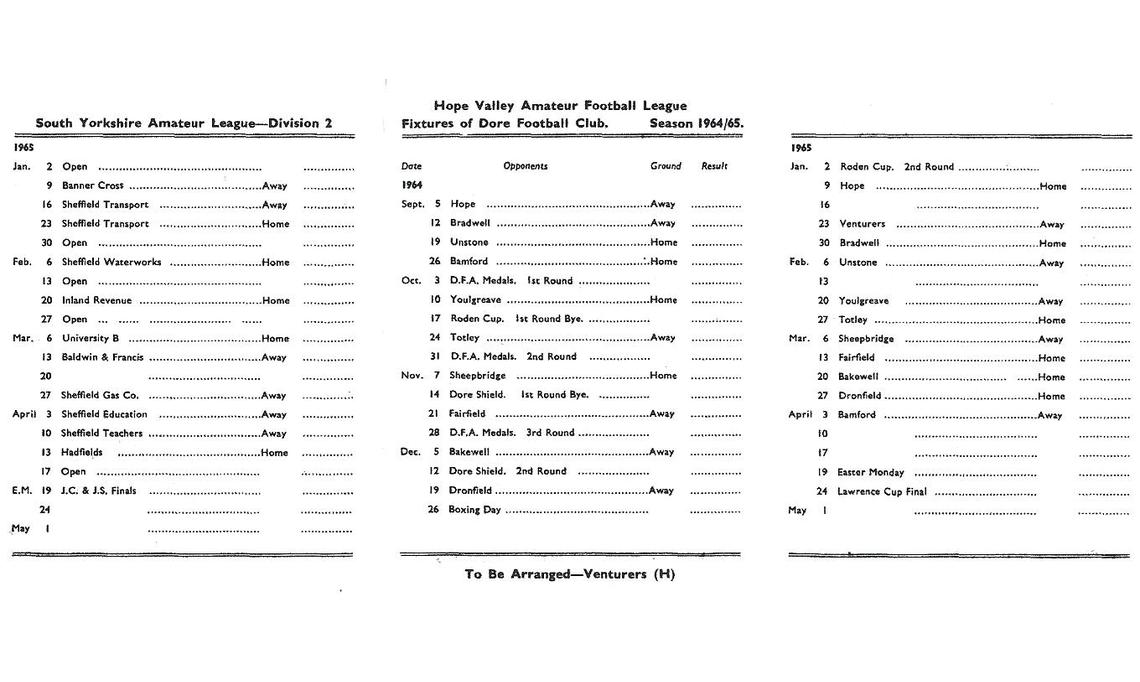