MEMBERSHIP CARDS    Approaching 200 people have joined the Society and membership cards are being distributed with this newsletter.

Everyone who signed the list at the meeting has been visited but some people have been out or away and so some subscriptions are outstanding. If a membership card is not attached, and you wish to join, please send your subscription (2/6 per member) to the Hon. Treasurer, Mrs. M.O. Howes, at 118, Townhead Road. Further members will be welcome.

ACTION TAKEN BY THE COMMITTEE TO DATE    Three subjects have been discussed in detail. The present opinions of the Committee on these issues are described below, and we believe that the vast majority of members will agree with these. Members who DO NOT AGREE are asked to write to the Secretary (Dr. Bassey), so that the Committee can consider their dissenting views.

NEW RESIDENTIAL BUILDINGS   We believe that in general it is unrealistic to oppose the building of new houses and flats. People have to live somewhere, and filling up the gaps in residential areas saves the countryside. But we intend to make strong representatives to the effect that new developments should be in keeping with their surroundings, and appropriately landscaped with trees lawns, etc.

Enquiries about “landscaping” have been addressed to Mr. Maurice Caplan, (development on land between Heather Lea Avenue and Newfield Lane), and to Messrs. Finnegans and Messrs. Shaws, (flats in Dore Road.)

CONGESTION IN THE HIGH STREET   We believe that any widening of the High Street would spoil the character of the Village. In order to reduce the dangers of the High Street, we propose, as an immediate expedient, that a ONE WAY TRAFFIC SYSTEM be introduced in the High Street and part of Townhead Road, as shown in the map. In this scheme Devonshire Terrace Road would remain a two-way road and the bus-stop would remain in its present position.

SAVAGE LANE   We believe that Savage Lane should not be made into a highway on the grounds that this would add to the hazards and congestion in the High Street. Alternatives seem possible.

FOOTPATHS AND PAVEMENTS    Many of the pedestrian ways in the Village are in a disgraceful state of repair and in places are indistinguishable from the road. It is hoped to set up a study-group which will prepare a map of those footpaths and pavements which are in need of repair, which can be forwarded to the Sheffield Council Highways Committee. Members interested in joining this group, or with opinions on the subject, are asked to contact the Secretary.

CONTACT WITH SHEFFIELD PLANNING AUTOHORITY    Councillor Lambert has arranged for the Chairman and Secretary to visit the City Engineer next Tuesday: it is hoped to established friendly relations through which the suggestions and ideas of the Society can be adequately presented. 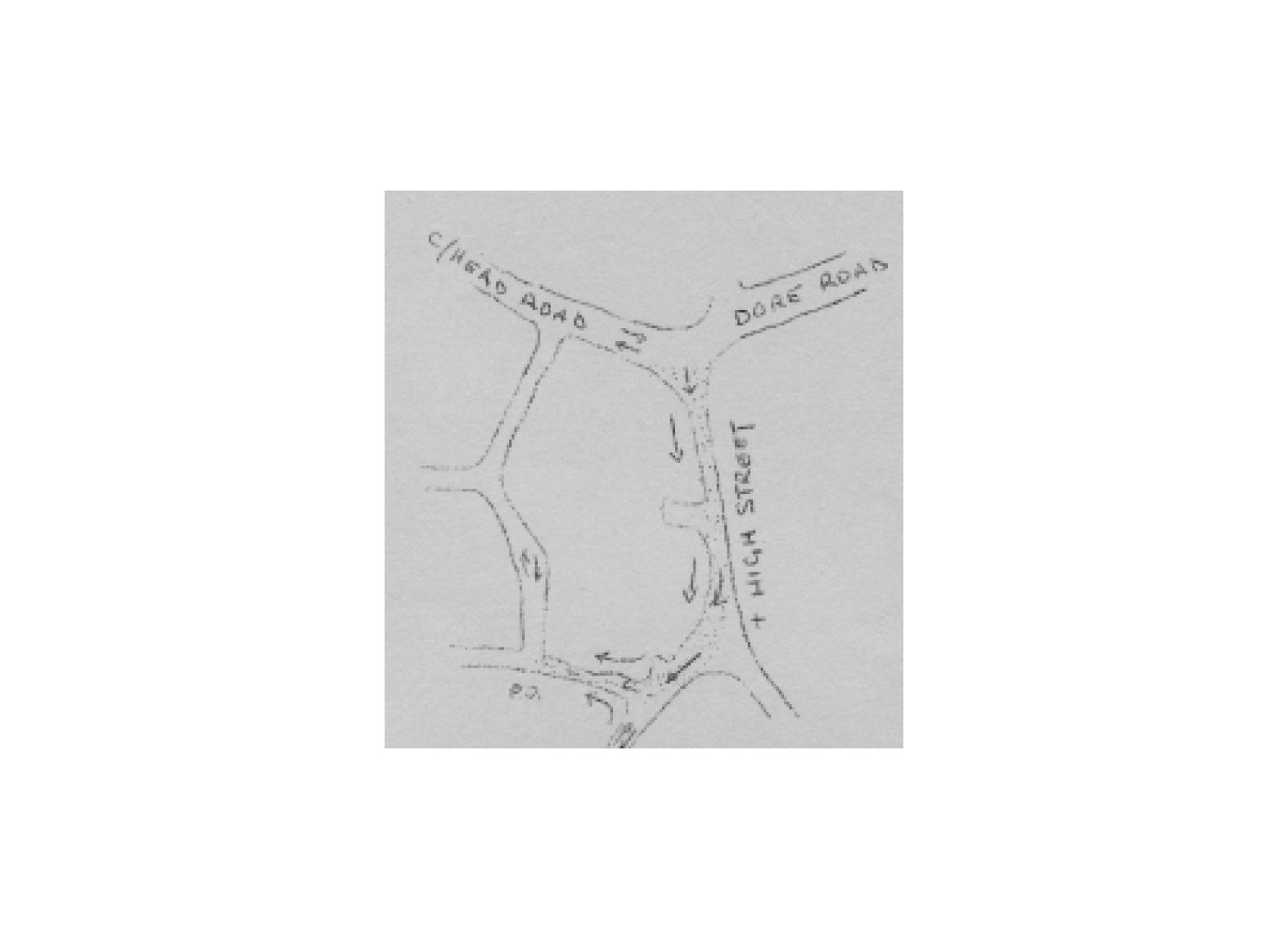