Early Days of Football in Dore

Football has always been important in rural areas, providing a means for young boys and men to unwind after the rigours of work, to meet up with friends, to develop skills and in many cases travel beyond the confines of their own village community.

Although there is little information concerning football in Dore n the 19th century there is direct evidence of football being playing by both youngsters and more formal by adult teams by the beginning of the 20th century.

The photograph below shows Dore Choir JC football team as they played in the 1906-1907 season. The trophy board in front of them indicates that they must have been successful in a competitive event of the time.

Boot lacing, as seen on the boy in the front right row was creative, passing several times around the boot. We do not know what colours the team played in but Dore Rovers boys' team in the mid 1950s was wearing a strip of similar design that had been given to them by Dore F.C. who played in black and white.

By 1905 the inaugural meeting of the Hope Valley Football League had been held, and soon Dore Football Club was part of that league. Competitive football had arrived in Dore. 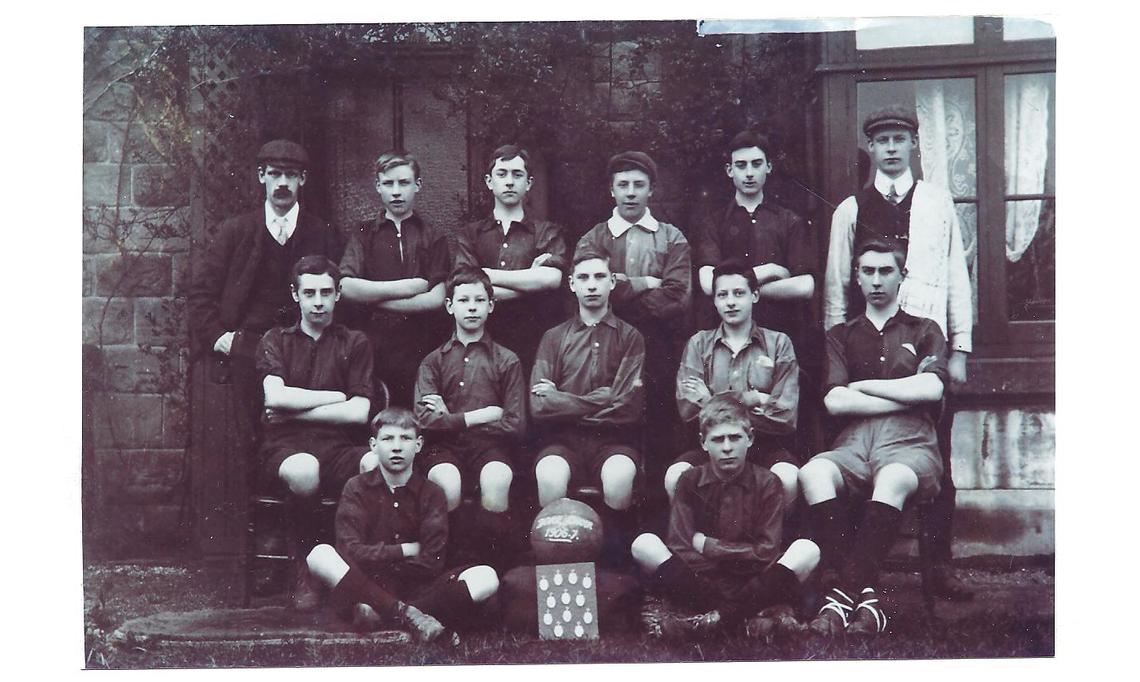