One of the first artists to create a Christmas Card was W.E. Gregory, well-known in the village as Eric Gregory.

Eric lived in the village for 20 years, and until his recent death still visited on occasion despite sadly having being registered as blind. He took up painting and drawing seriously when he retired from his job as a Bank Manager. He painted both in water colour and oils. He was a founder member, and past Chairman, of Hallam Art Group.

Eric was born in Sheffield and was a pupil at Nether Green School. In a recent interview he said that:

‘He always enjoyed drawing, but it got him into trouble one time in a maths lesson – he was drawing a Hawker Fury aeroplane instead of doing maths. For a punishment he had to learn maths theorems 7, 8, 9, 10, 11 and 12 .That night, he only managed five as his mother sent him to bed at 10.30. The next day he was summoned to the Headmasters office because he hadn’t learnt all six theorems and was severely caned.’

This episode obviously did not stop him going on to specialise in drawing steam trains and aircraft. He has been commissioned by several R.A.F. aircrews for pictures of their war-time aircraft. Several Dore homes will also have pictures of Derbyshire scenes which were another favourite subject for him.

Eric also recounted that: ‘before he was old enough to join the R.A.F., during the Second World War, he was a member of the Home Guard and wore a black armband with the letters L.D.V. on it. His interpretation of the letters was: “Look, Duck and Vanish!”

Mr Gregory’s outlook on life is: ‘to keep a sense of humour and don’t take yourself too seriously.’ 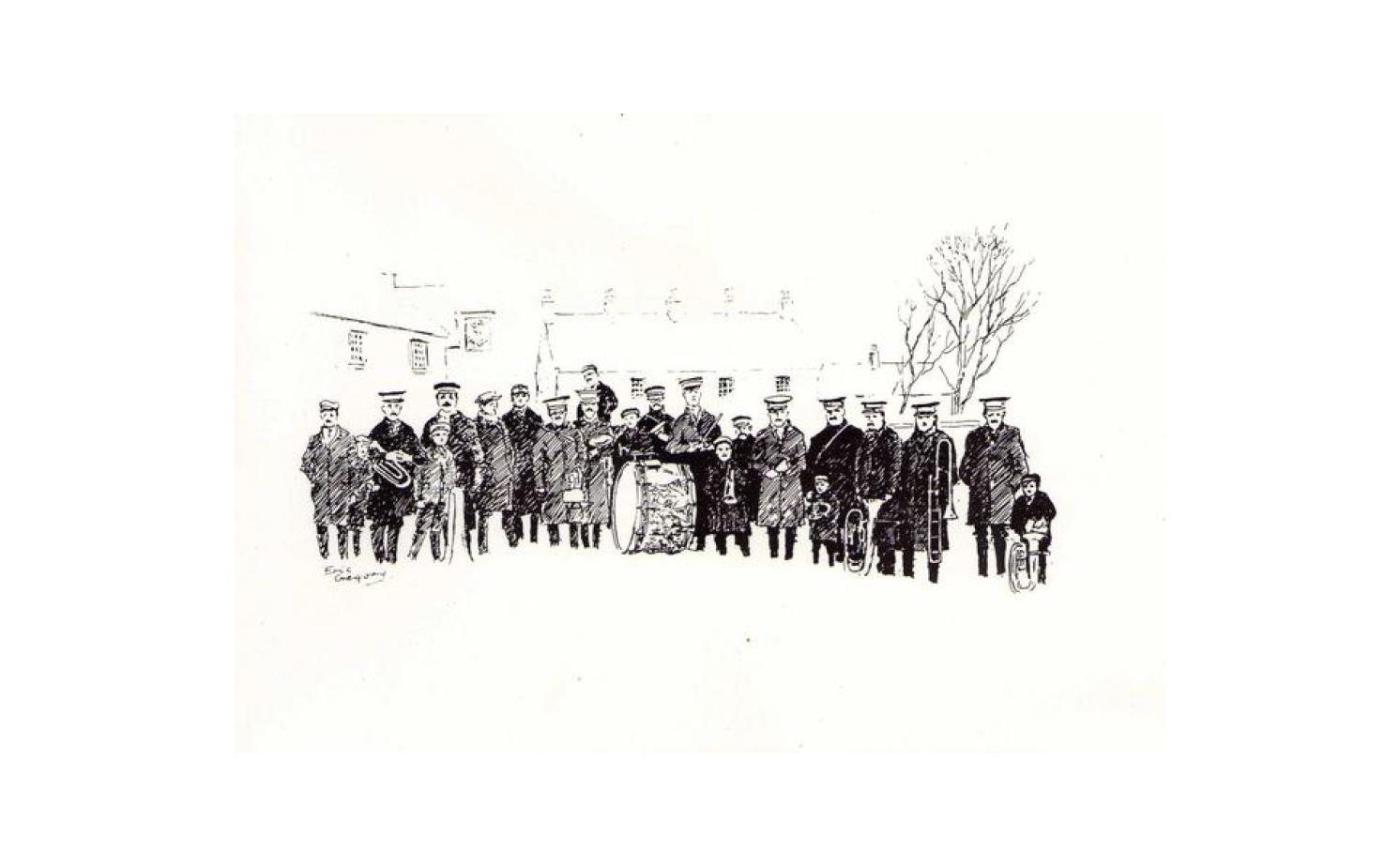 Dore Brass Band in High Street at the turn of the century, by Eric Gregory. Card kindly lent to the Dore Village Society by Bob Clark. 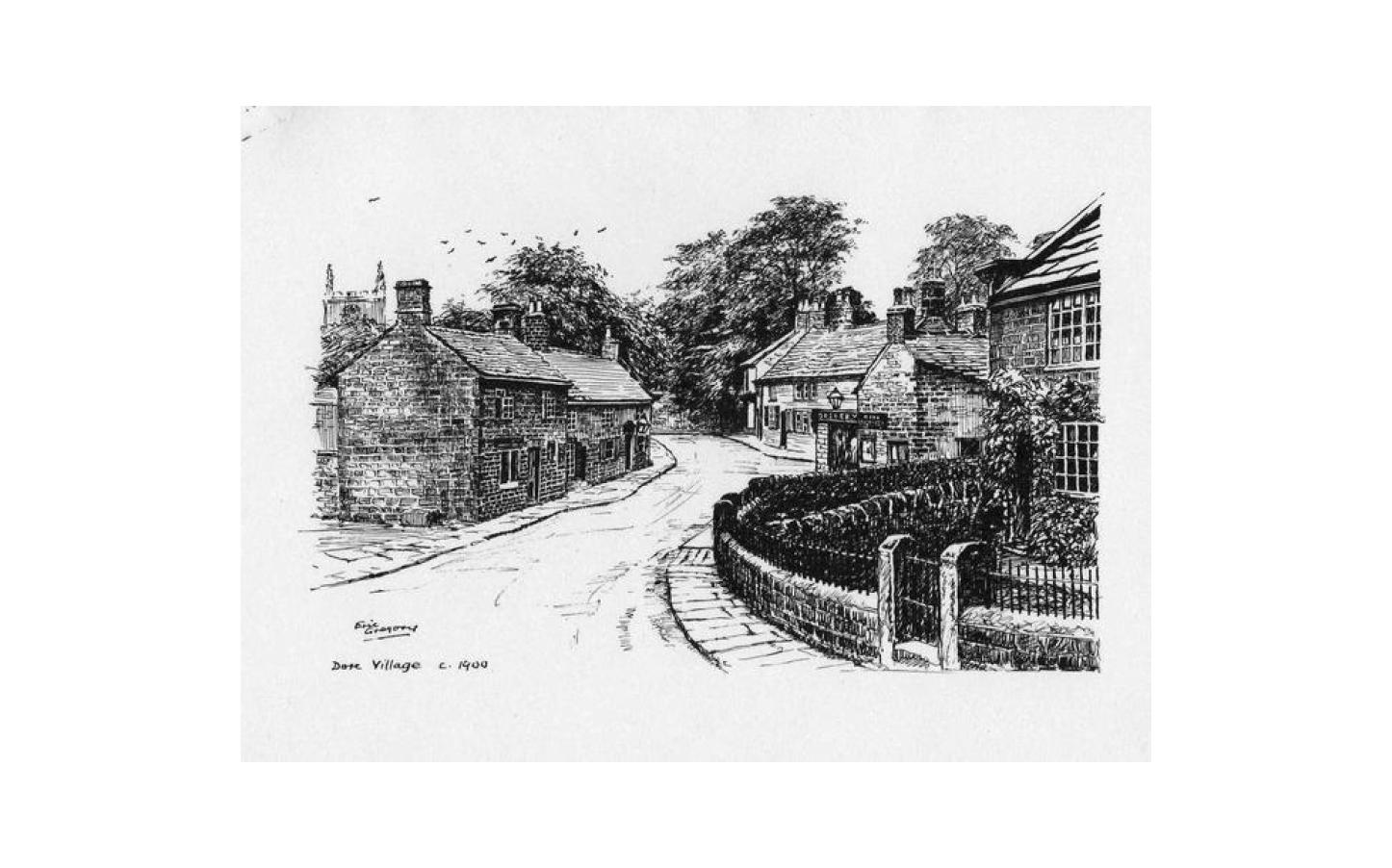 By Eric Gregory. Taken from the Dore Village Society Collection. 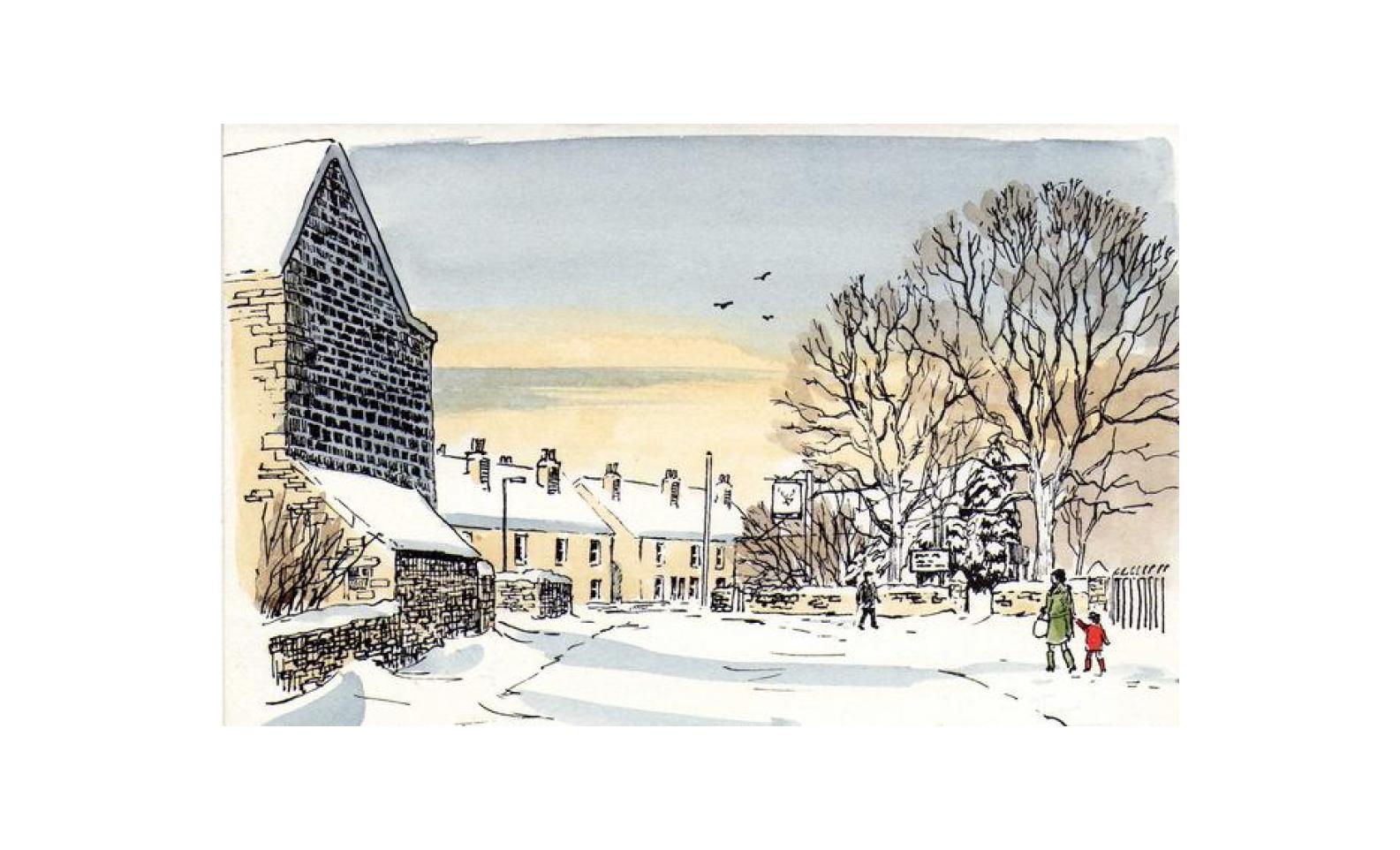 By Eric Gregory, 1981. Taken from the Dore Village Society Collection. 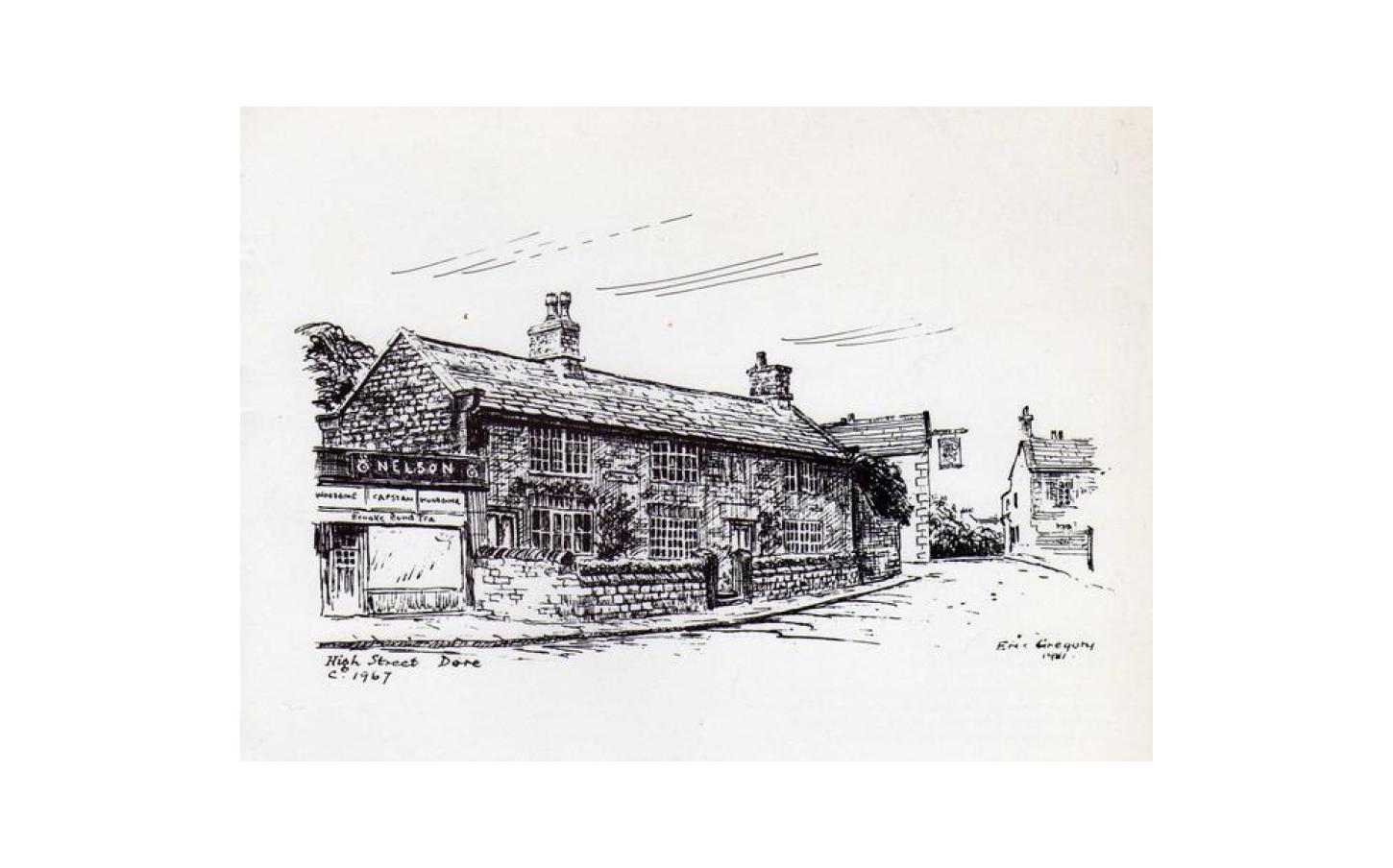 High Street, Dore circa 1967 by Eric Gregory 1981. 17th Century Rose Cottage. Knocked down to make way for present development of shops. Devonshire Arms and other buildings in the picture have remained externally, substantially as they were. The picture s
Previous slideNext slide