Clearly, in the early 1950s Dore F.C. were a formidable team. Pencilled in are the scores for the matches up to 3rd February. During this period they appear to have lost only once, to Stoney Middleton, but made up for this by some resounding victories.

For example, in the league they beat both Harpur Hill and Bradwell 6-0, Chapel United and Earls Welfare 6-2 and local rivals Totley Sports 3-0. They also beat near neighbours Dronfield Woodhouse 7-0 in the league and 10-0 in the first round of the Dore Shield. 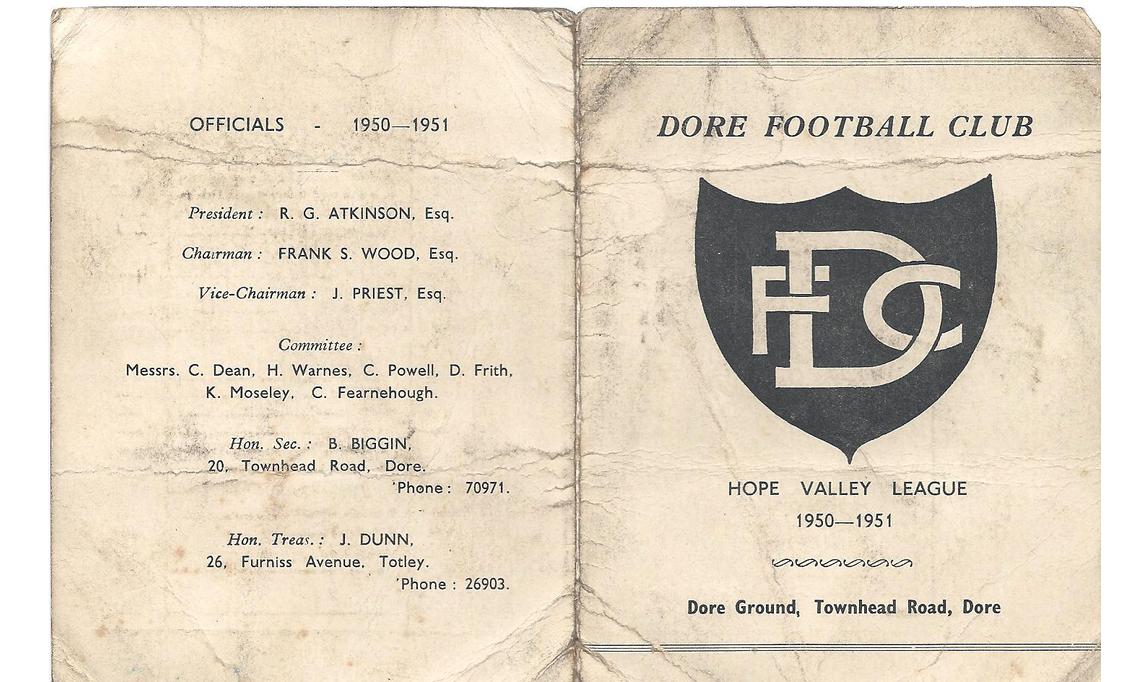 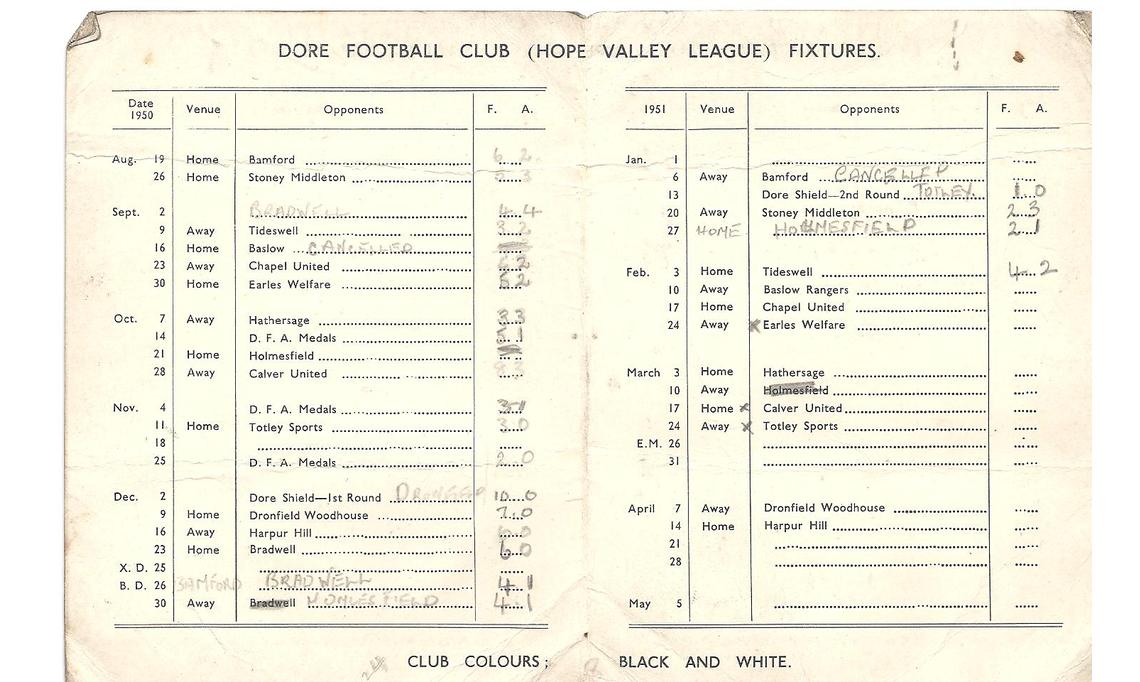