Football in Dore by the 1930s was an important element of village life. Dore Football Club was long established and successful.

Tapping into memories from these times brings up some very colourful images. In 1992 Alex Thorpe recalled:

"...Dore was well known in sporting circles when I was a boy and had a very good football and cricket team. The Village was a power to be reckoned with in amateur football and featured on the back of cigarette cards which everyone collected in those days. I can remember some of the names such as Jack Stacey, Ben Biggin, Norman Bedford, Eddy Bellamy, Joe Coward, Harry Truswell, Eric Frith, Claude Wragg (a marvellous header of the ball) and Billy Green who was a brilliant left winger who eventually played for Sheffield Wednesday. Some of the spectators were nearly as well known as the players and woe betide those who committed any offence either on or off the field."

"I can remember as a small boy standing behind the goal with my black and white scarf, protected by Maggie Wallace (Win's Mum), Gladys Dean (Don's Mum), Frances Coates, Fanny Marshall, Mrs Gill and daughter Frances. Mrs Gill's son, Lawrence, was the groundsman. When Dore played Totley the match always finished in a fight and Totley had some good players too. Stuart and Alec Jepson, Joe Burgess and Pearson (I cannot remember his Christian name). Later in my life Dore produced some further good players such a Leonard Bingham, Dick Wragg and George Thorpe."

Dore Village Society has in its Heritage collection a replica cigarette card, donated by Derek Kirk, featuring Dore Football Club after it won the Sheffield Amateur League Championship. Val Aitchison also brought the existence of the card to the attention of the Society.

It was produced by the Ardath Tobacco Company Limited. Dore Football Team was Number 70 in the series. Collecting these photocards was all the rage. The card advertises an expanding de Luxe album on sale for 6d.

The reverse of the photocard reads:-

At this time Les Burnell was a Sheffield and Hallam Country representative. there was a pleasing coincidence when John Banks of Brunsmeer FC recognised the photograph. In the 1990s his son Andy was playing in the under 15s side at the time when the photograph of the cigarette card was published in 'Dore to Door'. Andy recognised his grandfather Norman Bedford in the front row!

What is also familiar to Dore-ites and players at Brunsmeer is the famous 'wall' behind the team. The wall forms the boundary between the pitches and the houses on Townhead Road. 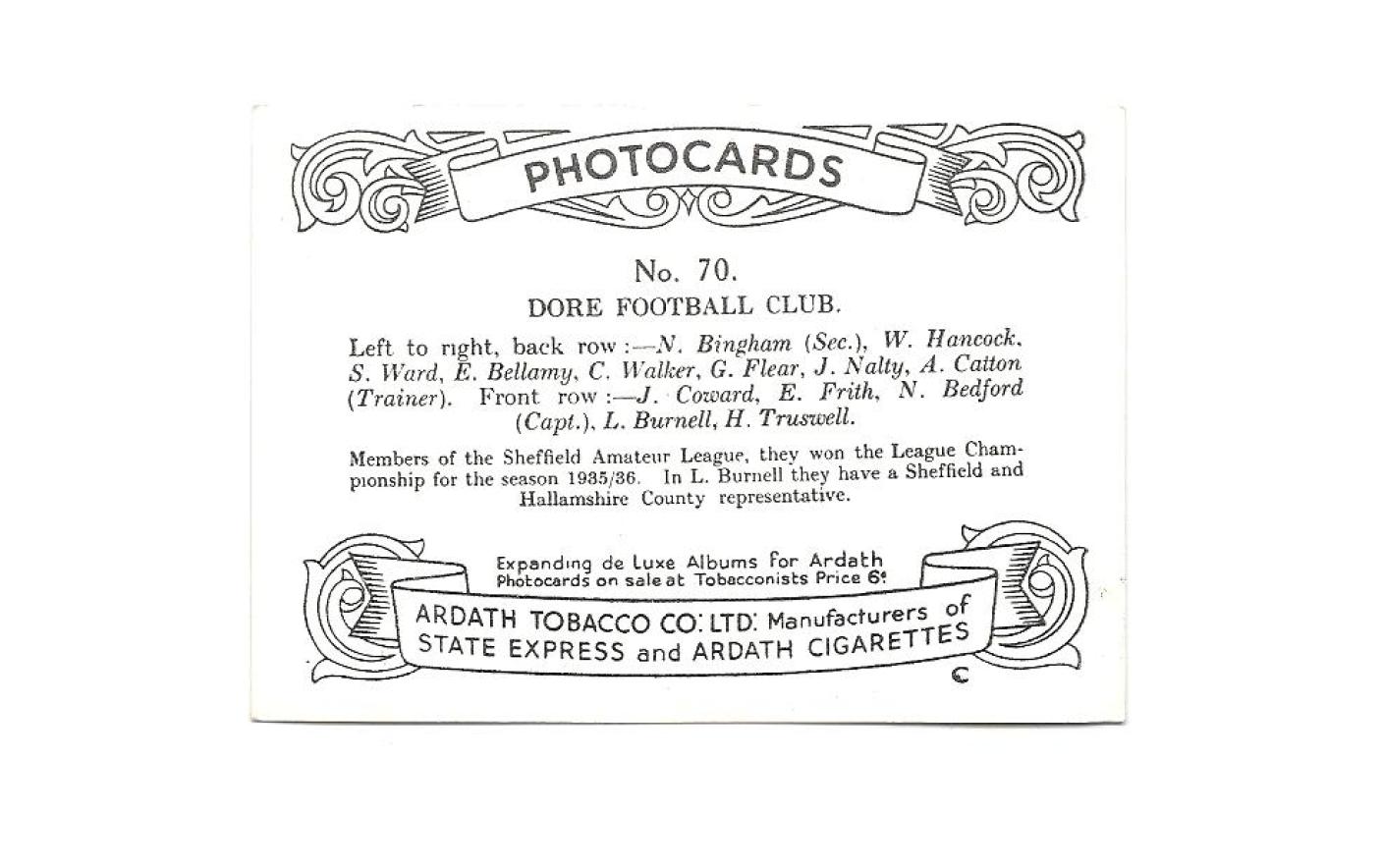 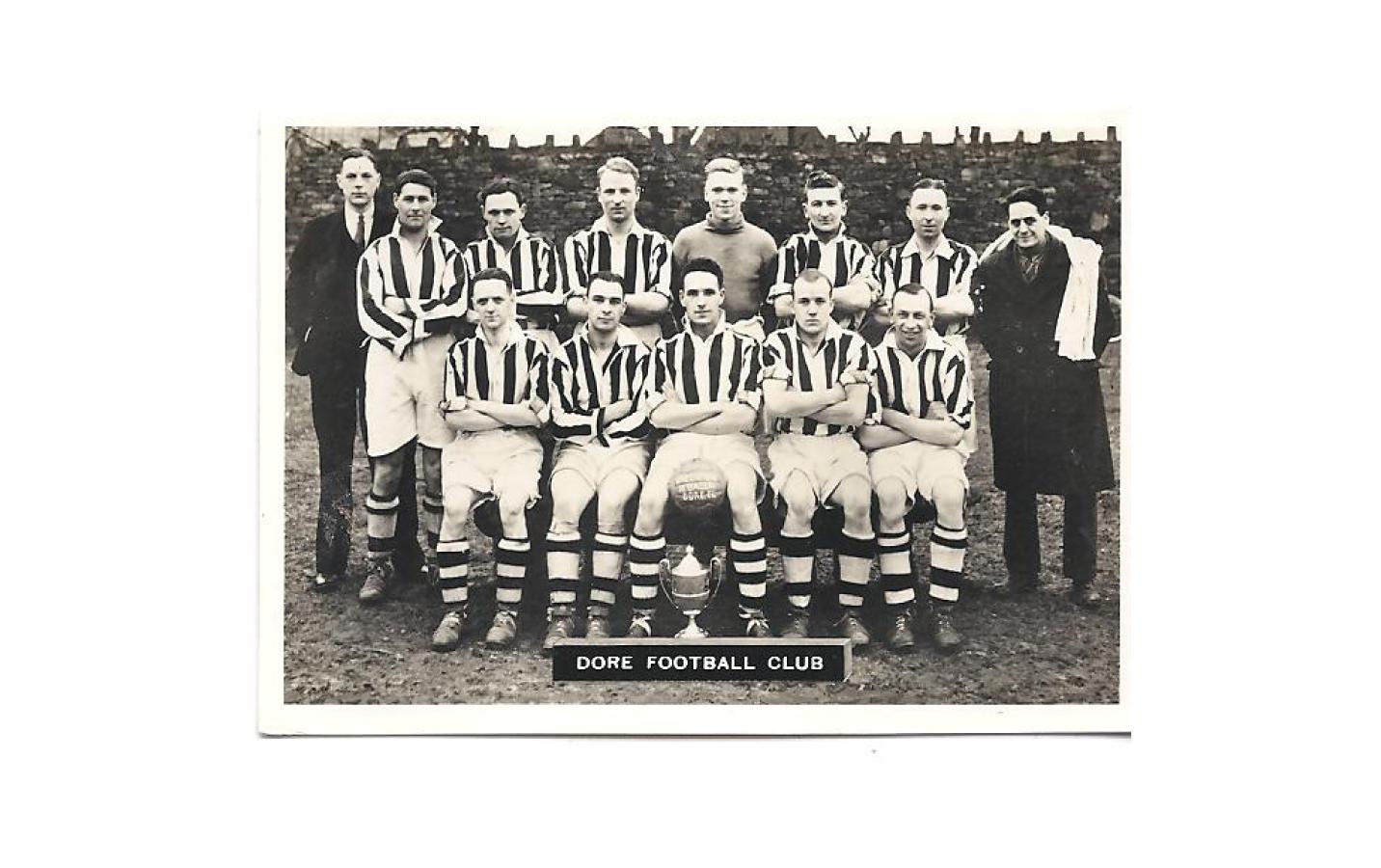 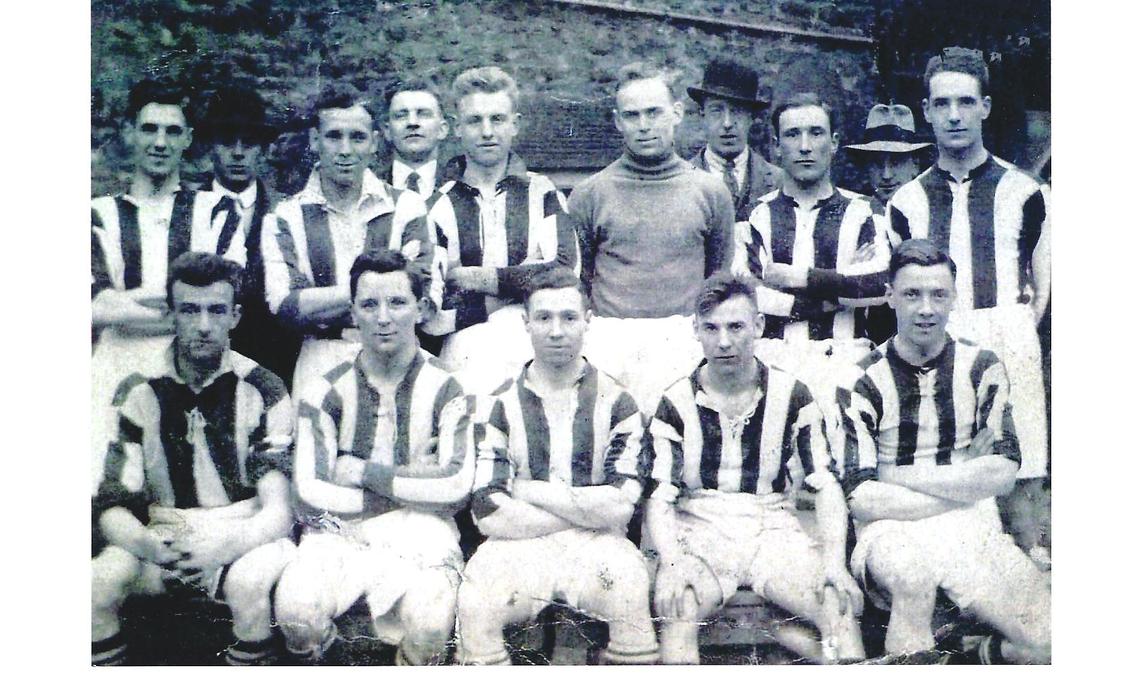