Please note - Streetlife was taken over in 2017 by American social network Nextdoor. Click here to go to their site.

Social networking applications such as Facebook, Twitter, LinkedIn and the like are now ubiquitous and used by millions of people around the world as their main means of communicating with relatives, friends and colleagues (and often with complete strangers).

There’s now a social networking application designed specifically for people in local communities to get in touch with each other called Streetlife.

Free and simple to use, the aim of Streetlife is to help people connect with others in their locality and share information, advice and resources. You can use it to find people with common interests and talk about the local issues that matter to you (such as wheelie bins that aren’t emptied or road gritting that doesn’t happen or the vagaries of the no.70 bus service), and to generally keep in touch with the local community. You can also use it to exchange local news on anything from lost pets to crime alerts or to help you find out if there’s anyone nearby who could help you solve a problem, or to find a tradesman or start campaigns to tackle litter, etc. There's a wealth of practical knowledge in any neighbourhood and this is one way of discovering it. For example here are two postings which appeared just before Christmas.

The Boxing Day snow caused our blue bin collections to be delayed by nearly a week and many people were left wondering what would happen. Here’s how some people used Streetlife to find out.

Got something broken that needs mending?

And here’s a posting that had a happy ending when the dog was reunited with its owner.

There are currently over 400,000 users of Streetlife across more than 2,000 communities in the UK and it’s proving to be a very useful way of keeping in touch. For example, its local value was evident recently when there were a number of posts warning about a suspicious character walking around trying to get into people’s houses and an instance where he was found in a house and chased out.

It’s very easy to join Streetlife, just go to the website at www.streetlife.com and sign up using your postcode and email address. 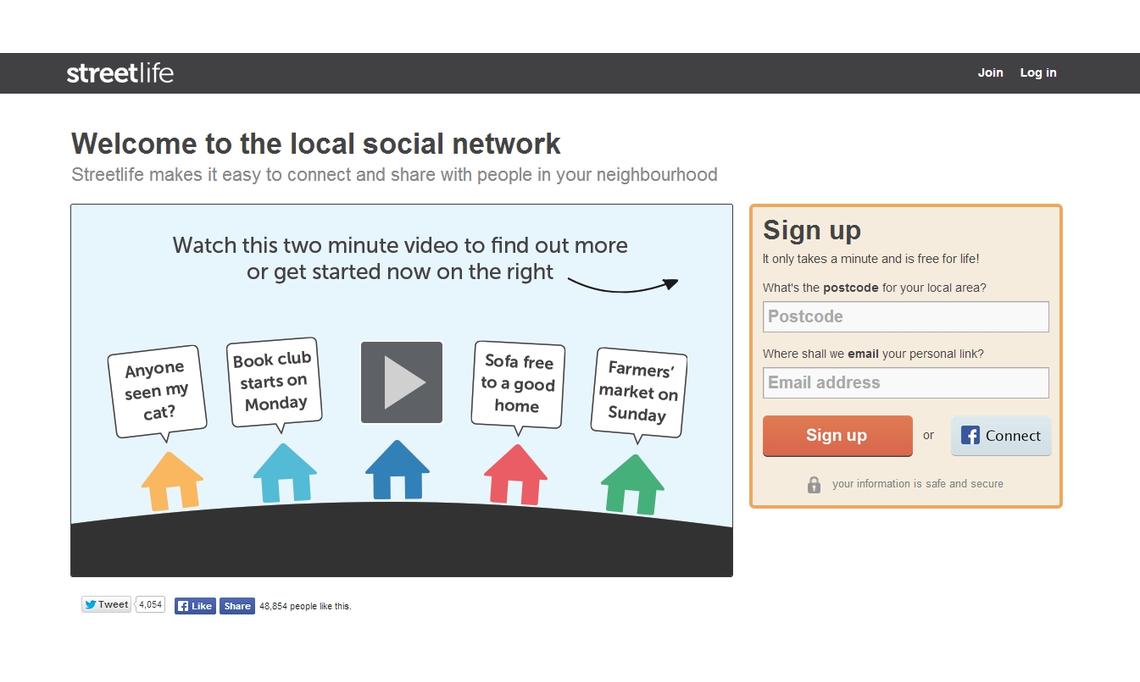 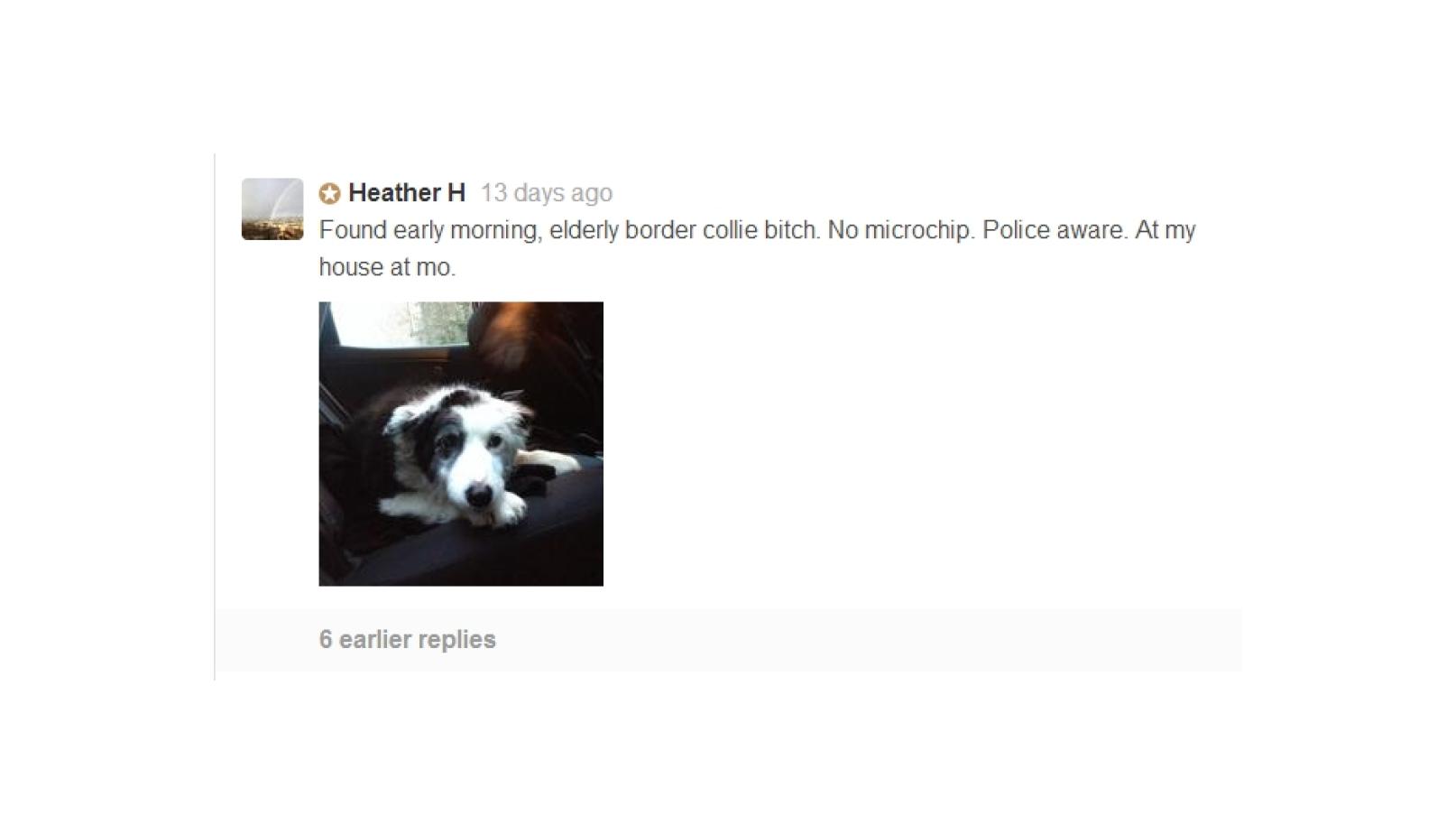 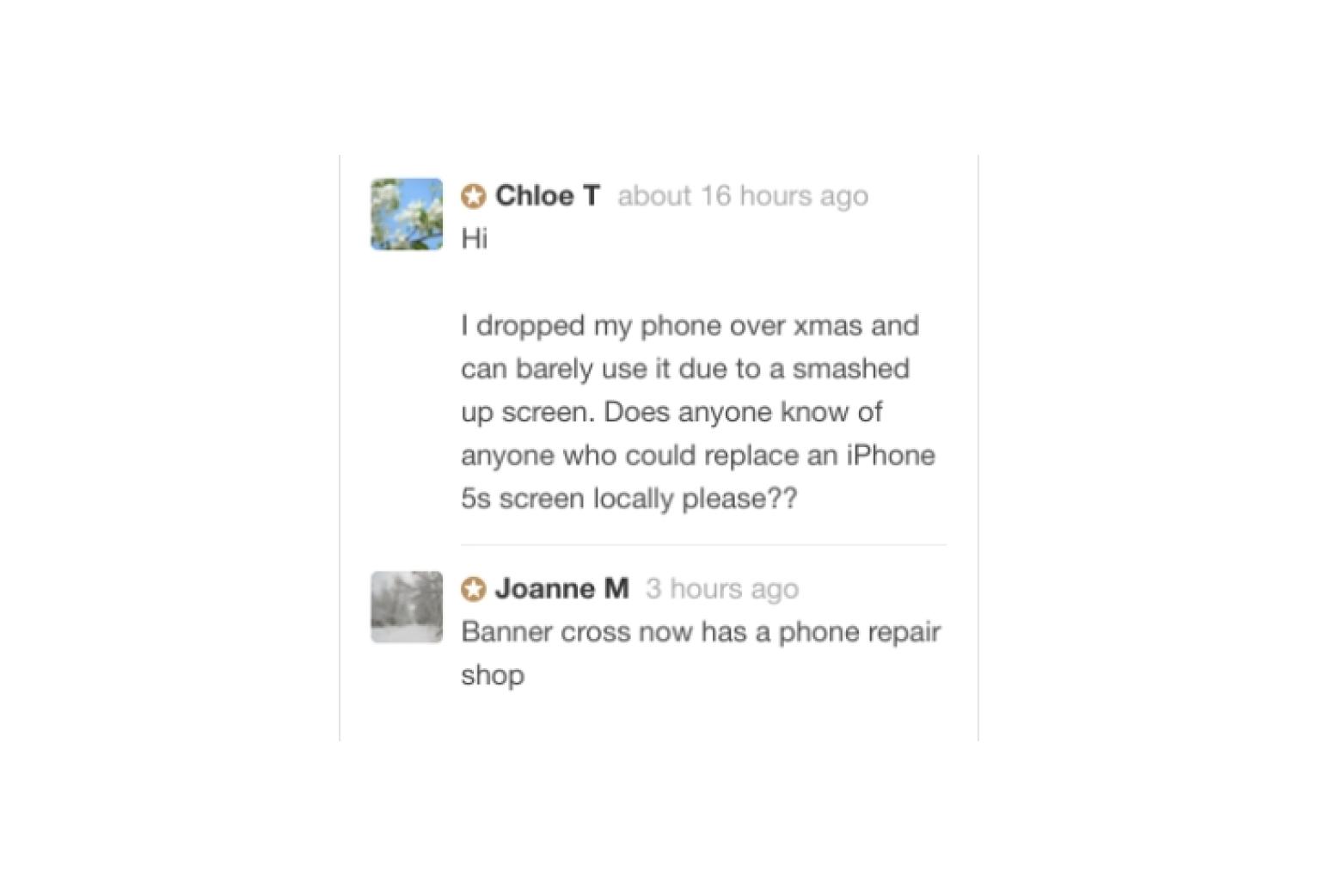 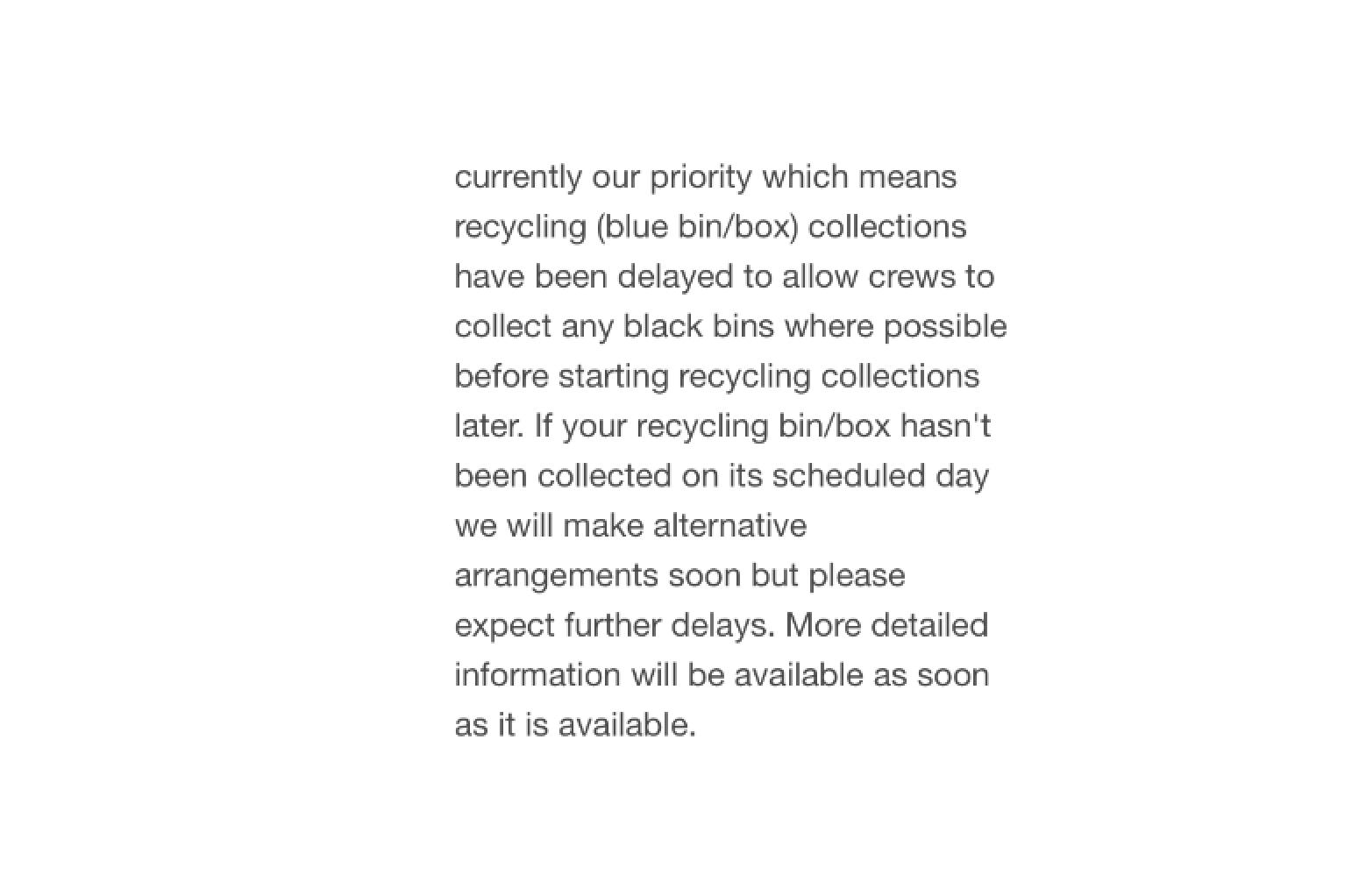 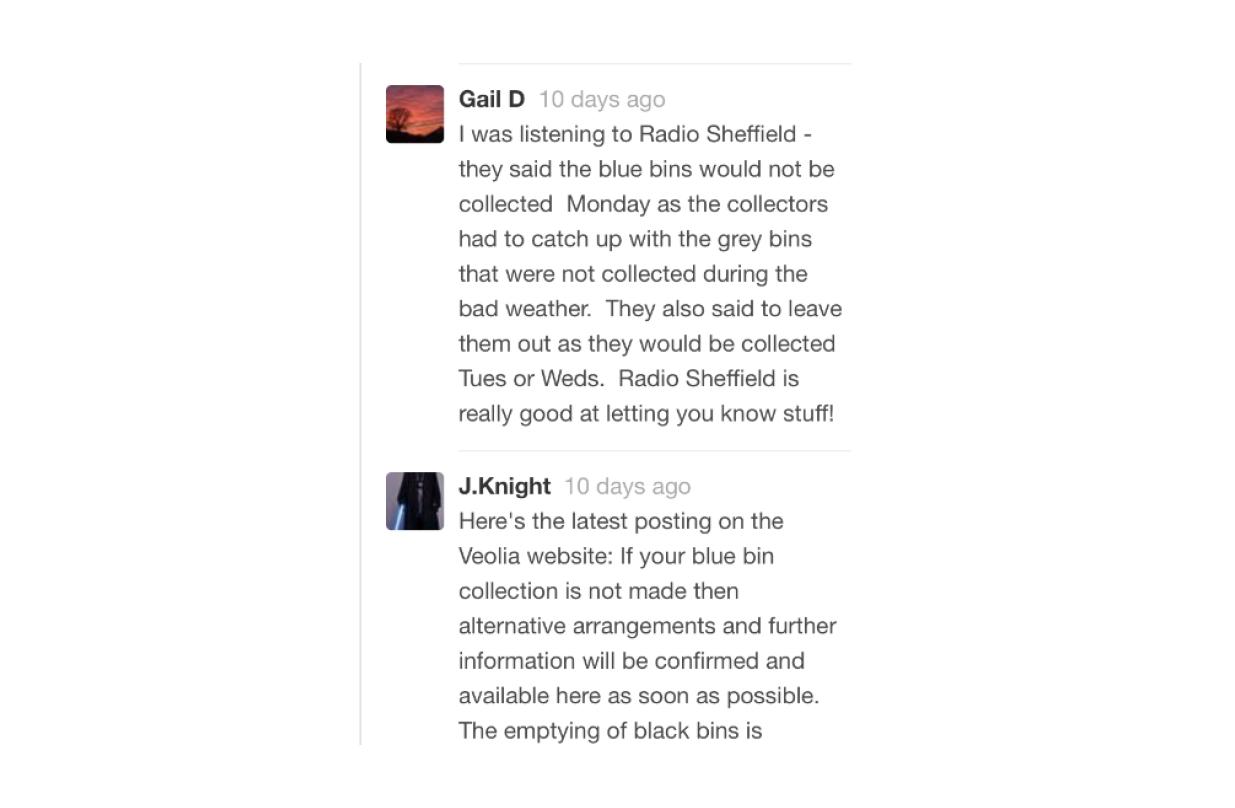 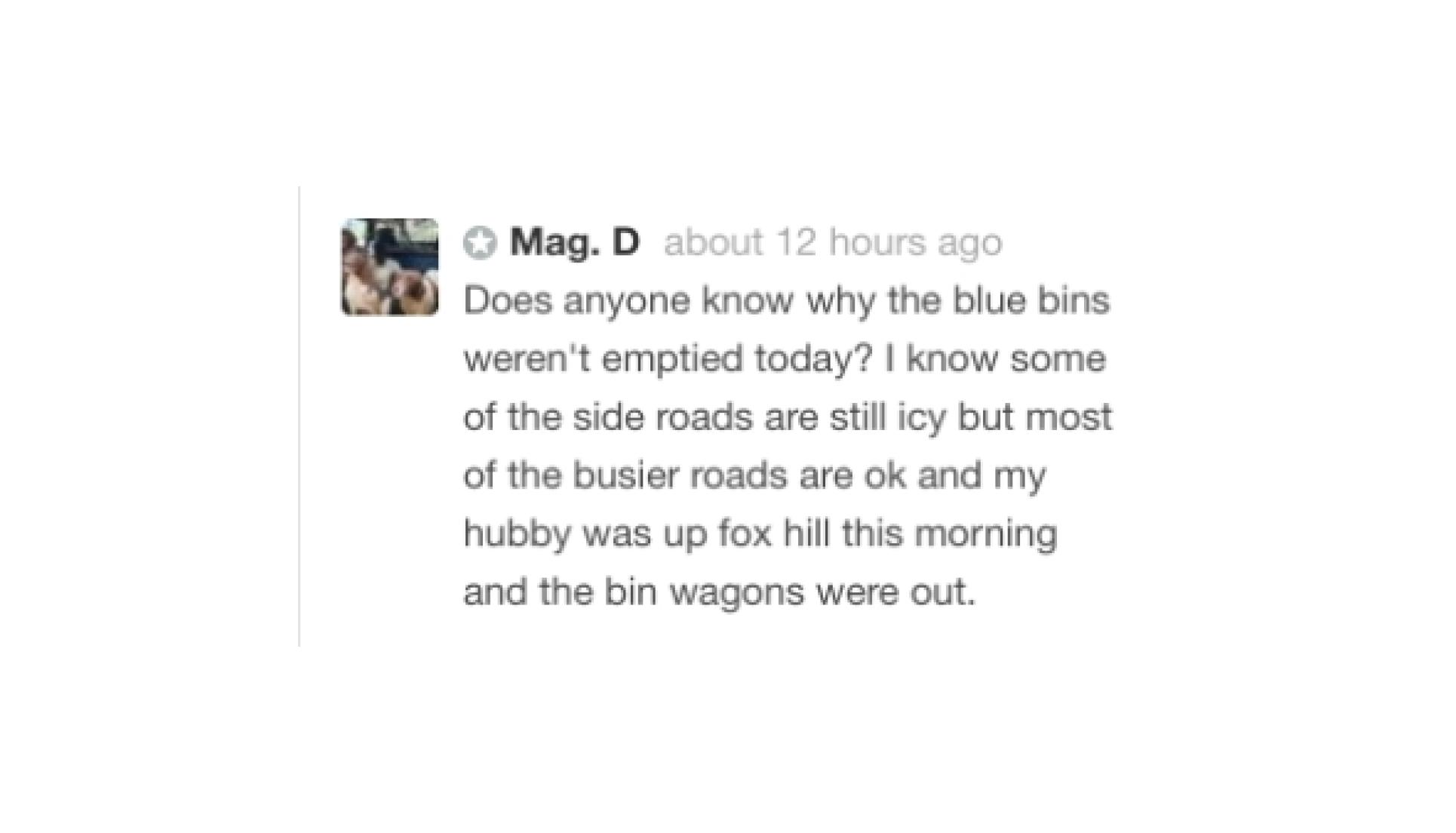 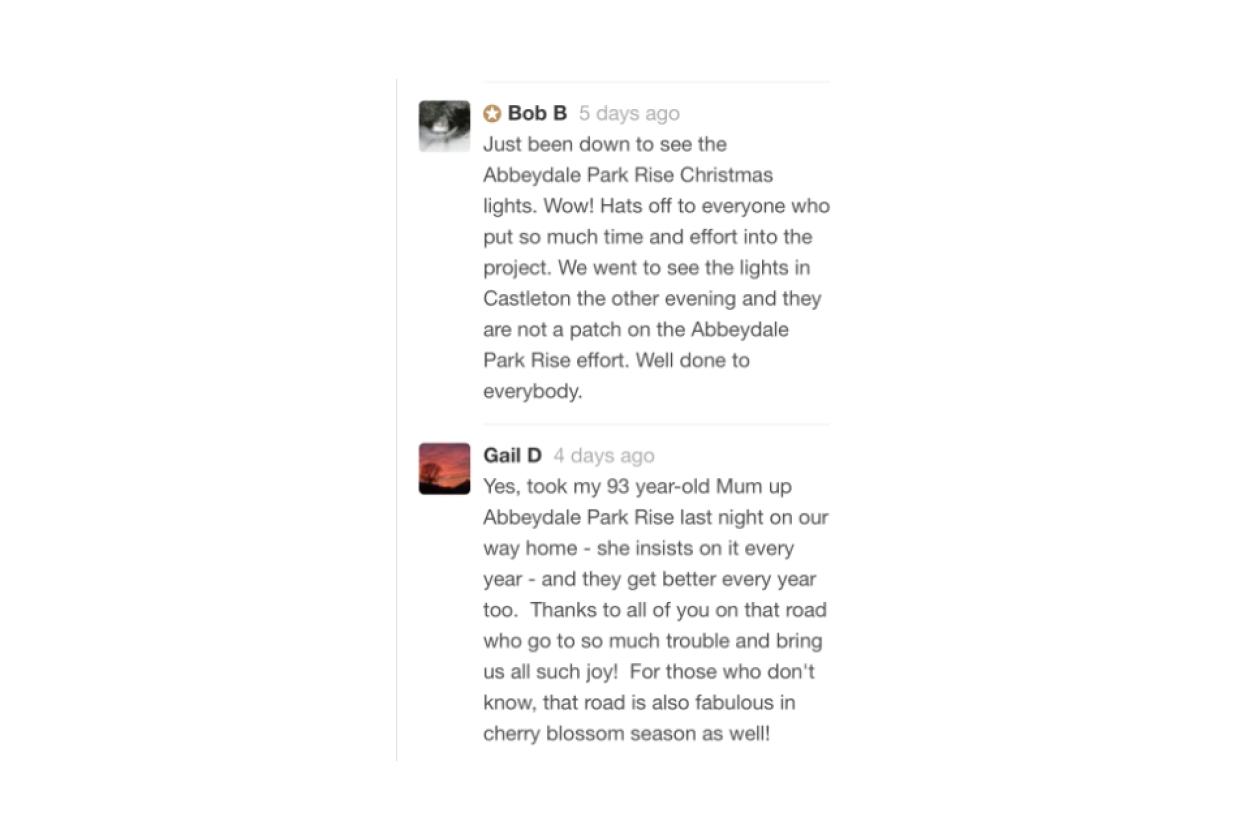 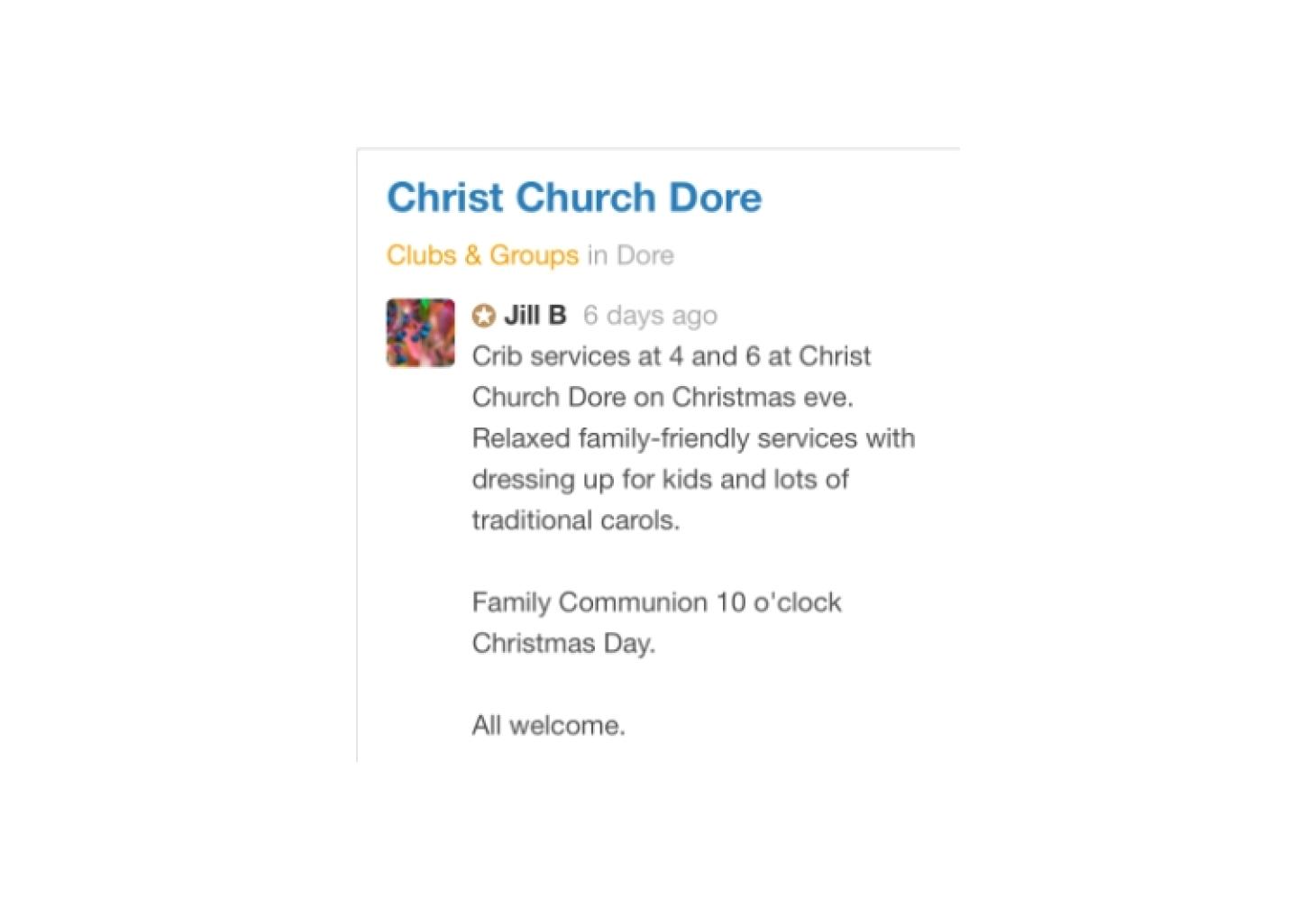