The Johnson Rose Bowl and the Lawrence Cup

The Johnson Rose Bowl was presented by one of the founders of the Hope Valley League, S. Johnson Esq. in 1911.

It is currently presented to the League Runners Up in the Premier Division. Dore Football Club won the trophy in the 1949-50 and 1956-57 seasons.

The Lawrence Cup is the Hope Valley Amateur Football League Championship Cup. It was presented by G.H. Lawrence Esq. and first won by Peak Dale in 1946-47.

As photographs and players' cups prove, Dore Football Club were proud winners in the 1950s.

It is the most prestigious of all the trophies in the Hope Valley League. 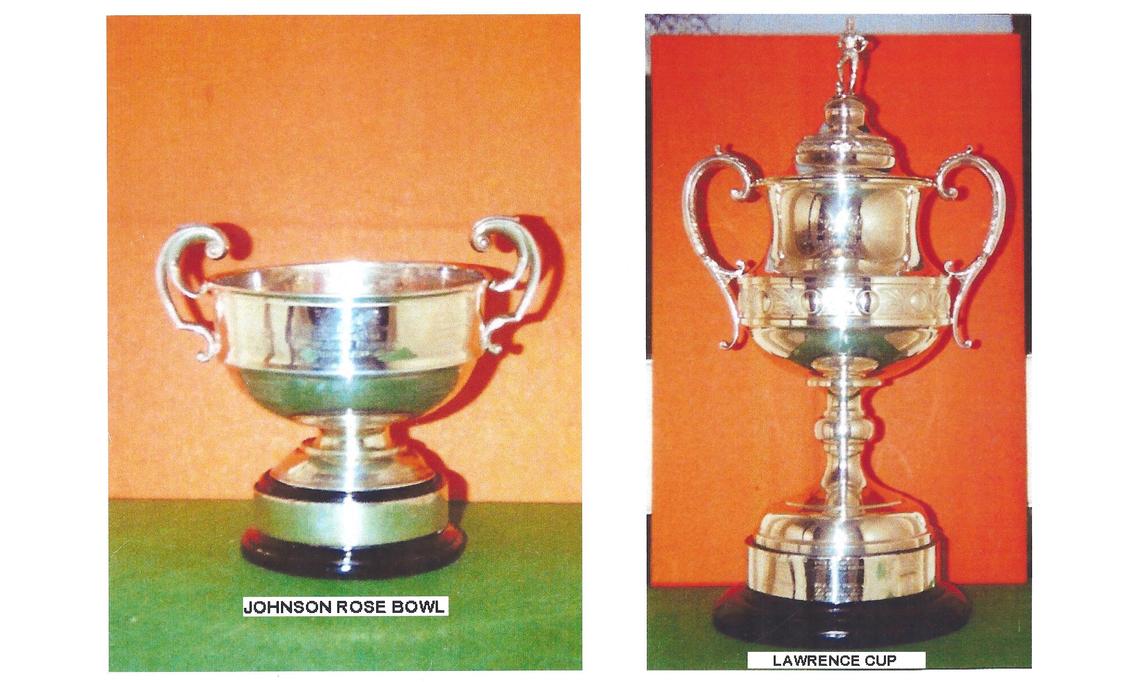