The successful 1935-36 team with club officials

"My Father, Ben Biggin, played for a very successful Dore F.C. side in the late 1920s and early 1930s, and later was Secretary to the club when it got on its feet again after the Second World War."

"In this era, my uncle George Thorpe was a fast, strong and goal-scorer, with a mass of wavy hair which he still has to this day! Dick Wragg, who was at the Dore Co-op, was a rough, tough whose battles with the Tideswell , Goucher, were legendary. 'Jock' Swift of Limpits Farm, Rushley Road, was a fine ball player, and a young Raymond Crowson (Syd's brother) turned down pro offers in of a business career. Dougie Walsh came to the club as goal keeper, married girl, Kath Green, and became a 'local' himself. The left-back was Pat Frith, son of Doug, landlord of the Devonshire Arms, and had the most powerful left foot in local football, while his right foot was just about the weakest I ever saw!" 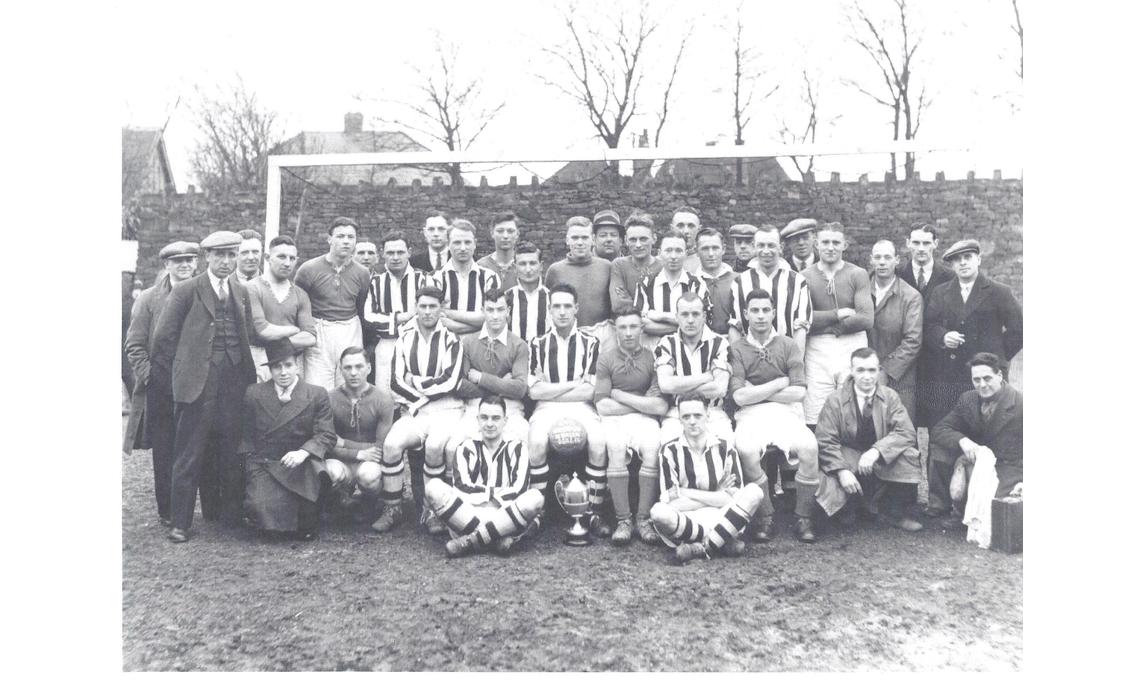