William (Bill) Kirby was born in Liverpool and enrolled at the Liverpool College of Art at the age of 15. It was soon discovered that he was too young to be there, so he had to leave, and re-joined a year later at the age of 16. While at College he got a job at a Poster Company and went to College on day release.

He came to Sheffield in 1958 to manage a business.

It was during the late 1960’s that he started to paint more seriously, and he gets the greatest pleasure from painting people. He was inspired by Lowry, but admits his figures are more substantial! Dore Village Society has several of his paintings of Dore.

Local scenes are also a favourite of his to paint, and he gets many requests to do so. Mr. Kirby enjoys the company of other artists and musicians. When asked if he played a musical instrument, he replied, 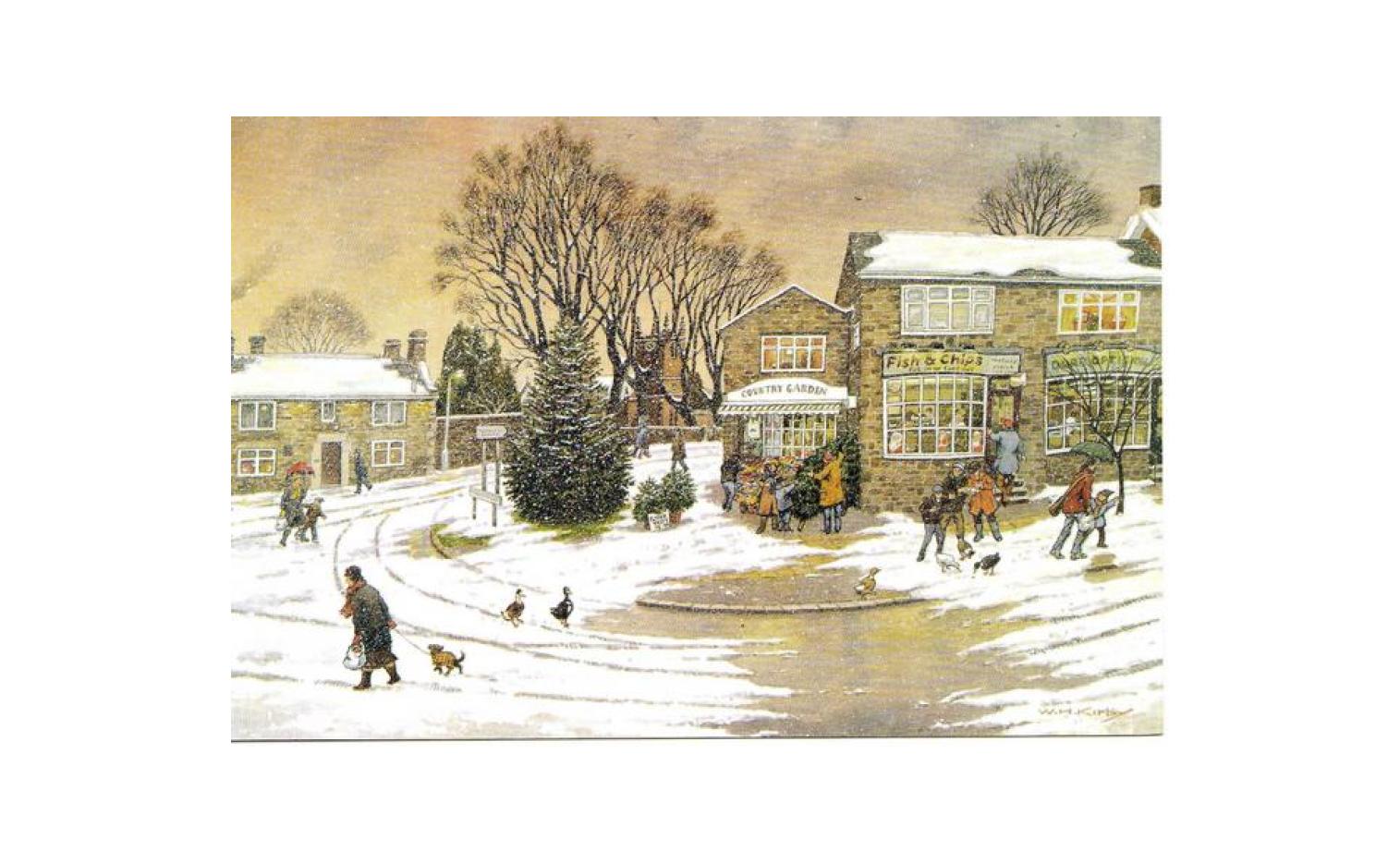 Outside the village fish and chip shop. By Bill Kirby. 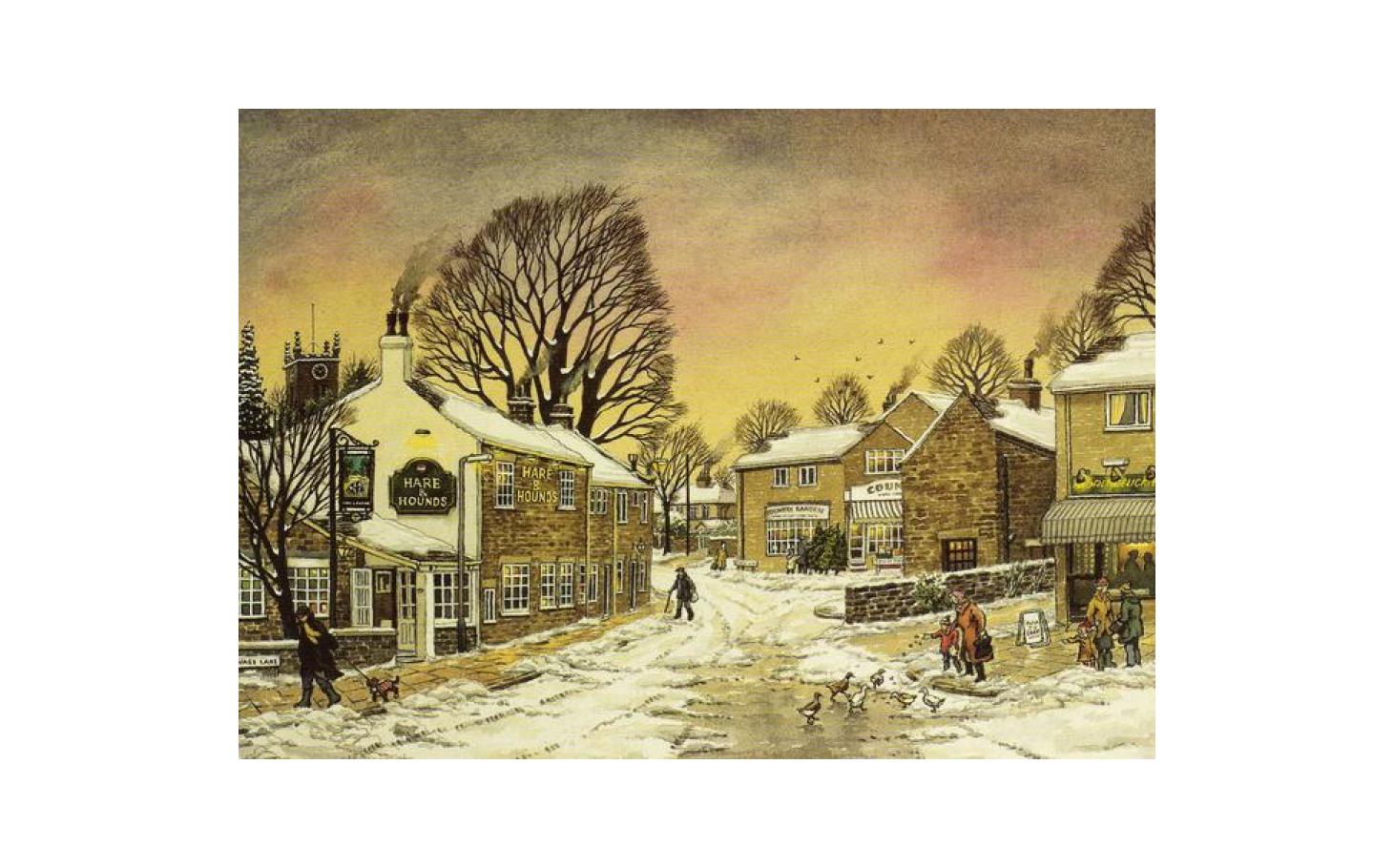 Outside the Hare and Hounds pub. By Bill Kirby. Card kindly lent to the Dore Village Society by Bob Clark. 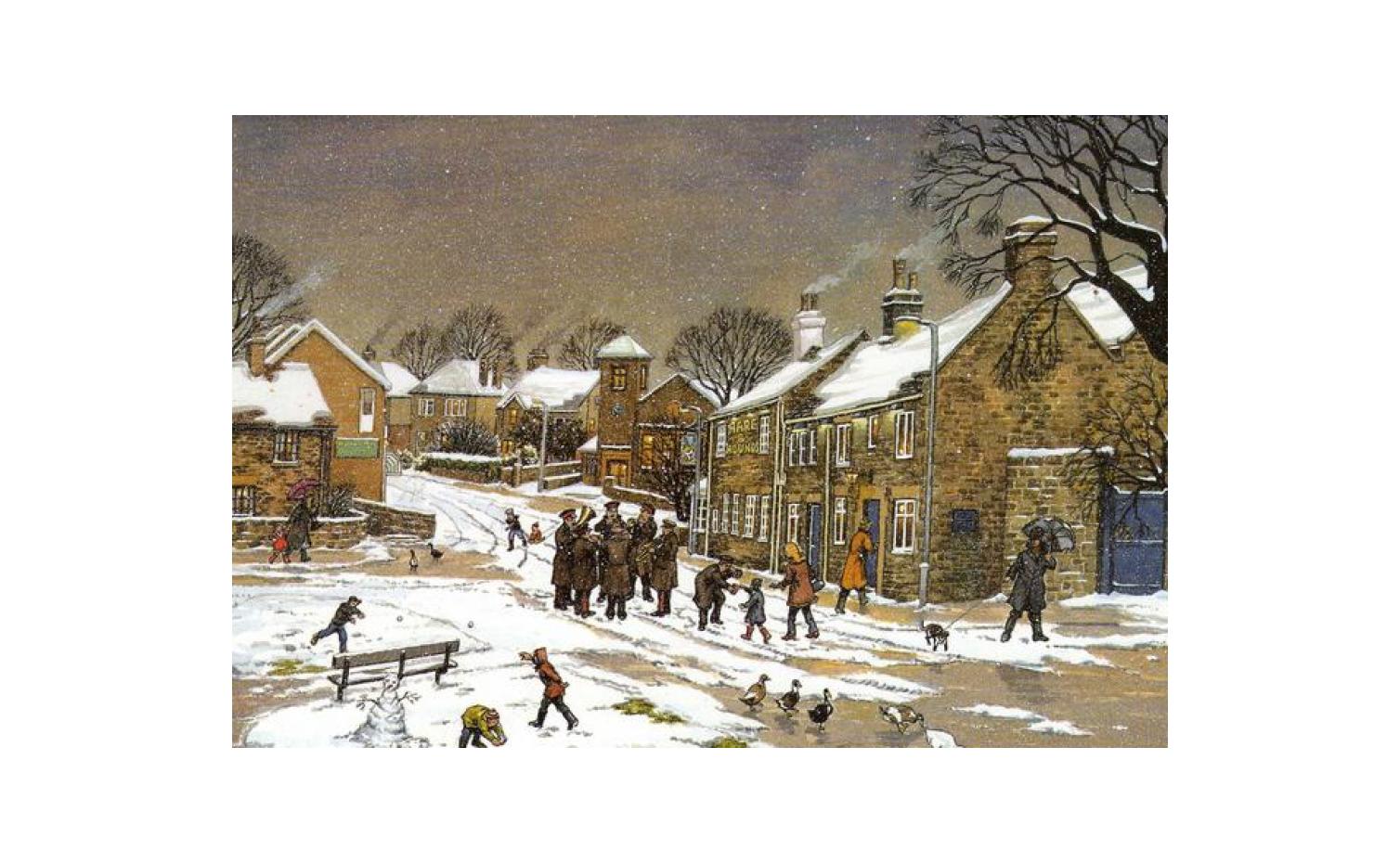 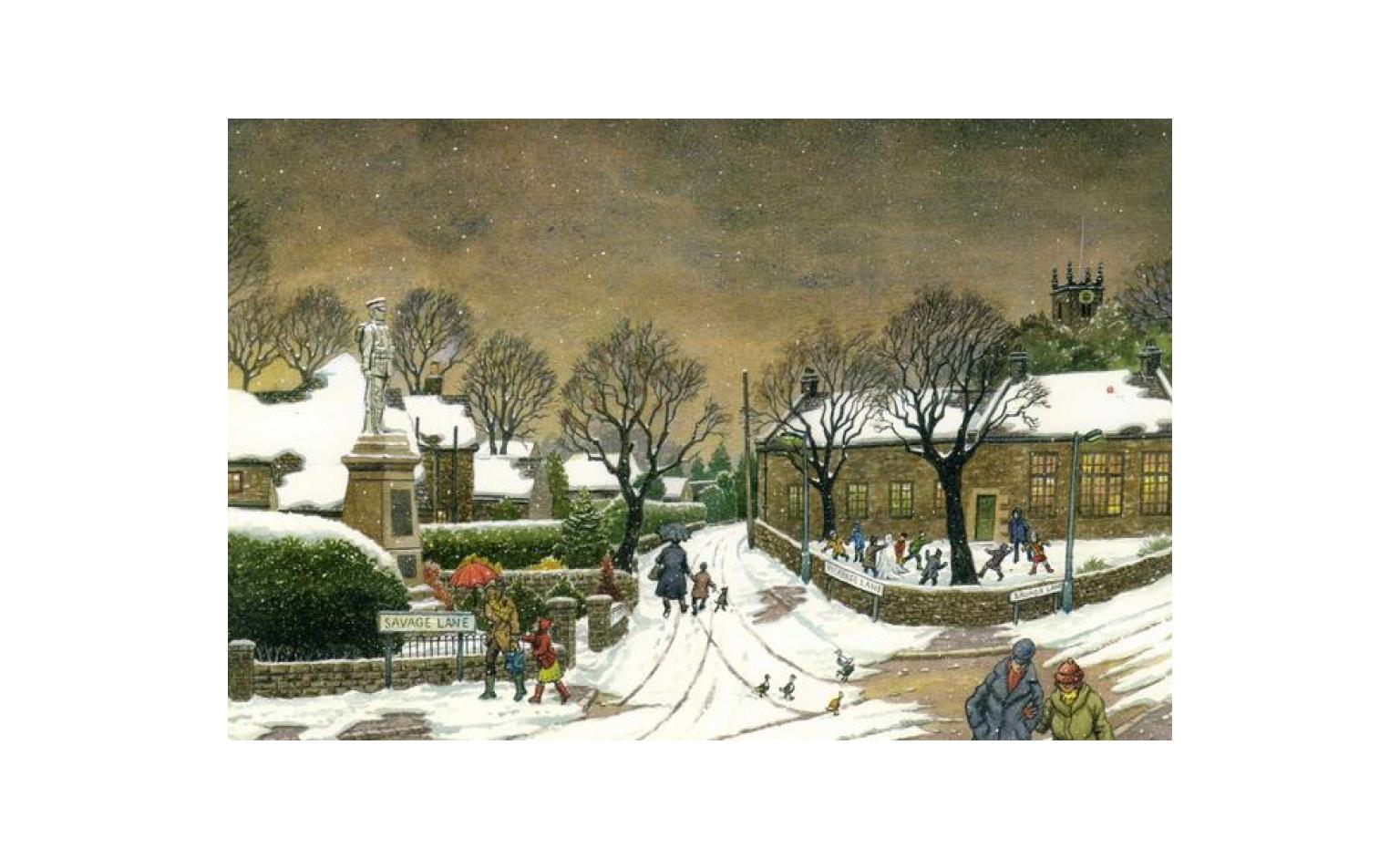 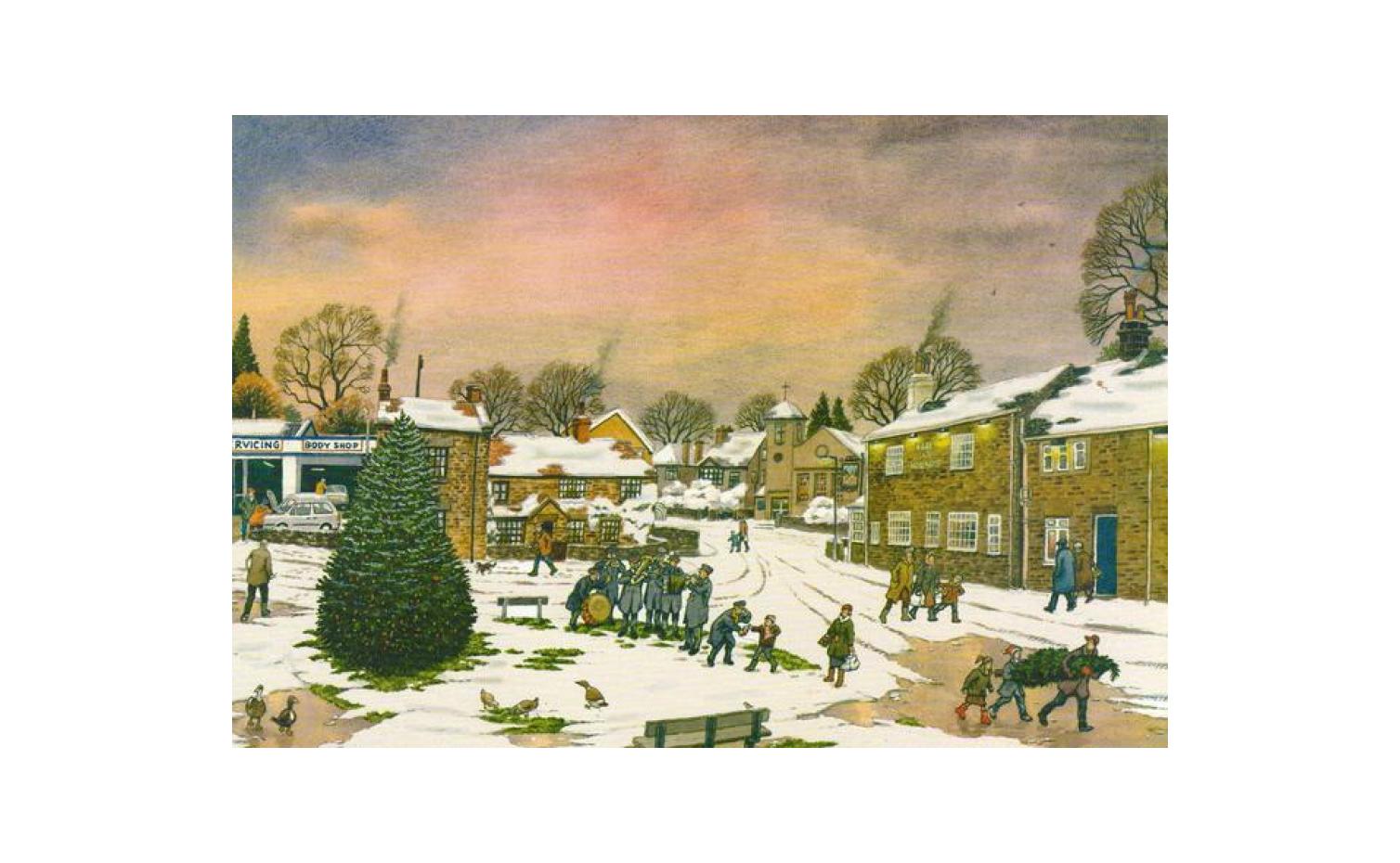 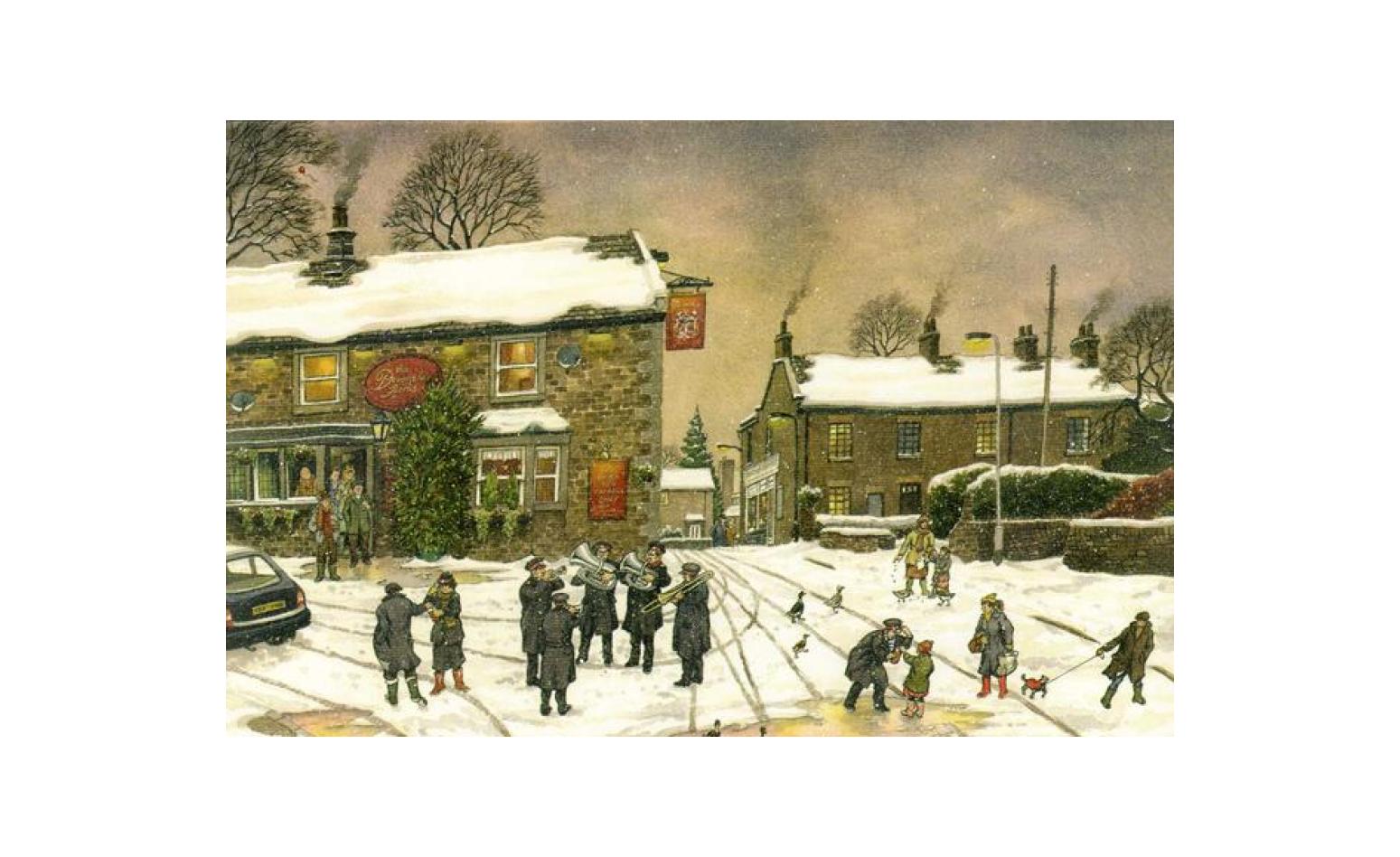